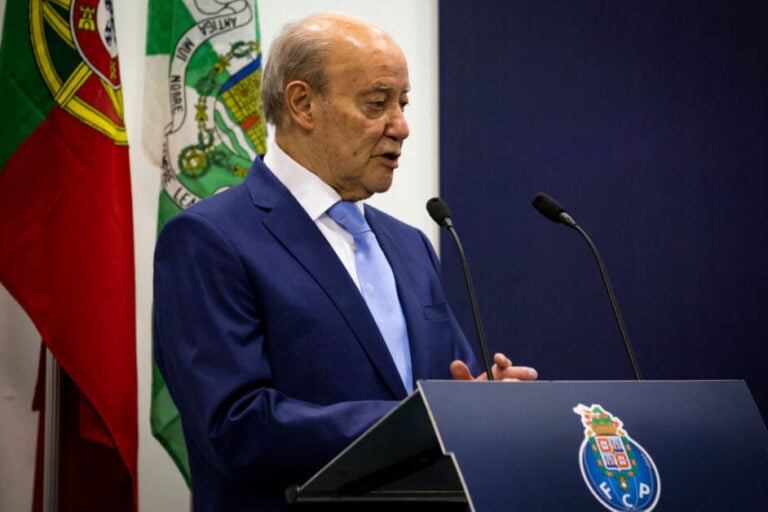 Porto have reportedly been paying a clairvoyant around £150,000 a year in a bid to help them dominate the Portuguese top flight this season.

According to reports in the country, the 2004 Champions League winners are pulling out all the stops to try and regain their domestic title.

It is claimed that several months ago, the club’s president, Jorge Nuno Pinto da Costa, employed Madalane Aroso as a ‘doctor’. But according to Portuguese outlet Jornal I (via A Bola), she is earning an eye-watering £13,000 a month for her services – which is significantly more than your average medical professional.

The same report claims that the ‘witch doctor’ is the club’s highest-paid staff employee, which has unsurprisingly caused plenty of backlash amongst fans.

Could this idea possibly work for Porto?

Aroso is apparently capable of reading the future and predicting match results. It goes without saying that this would obviously be very beneficial – if it was true.

This campaign, Sergio Conceicao’s side are currently unbeaten and top of their domestic league.

However, they have had less success in Europe, where they were knocked out of the Champions League in the group stage. But their third-placed finish has granted them a place in the first knockout round of the Europa League.

Has anything similar happened before?

The short answer is yes. In 2014, a Ghanaian who claimed to have ‘special powers’ claimed that he was the sole cause of a knee injury that Cristiano Ronaldo suffered prior to the tournament getting underway. His country was drawn in the same World Cup group as Portugal.

Nana Kwaku Bonsam alleged, in an interview with Angel FM, that he had been “working on” Ronaldo for four months.

“I know what Cristiano Ronaldo’s injury is about,” he claimed.

“I’m working on him. I am very serious about it. Last week, I went around looking for four dogs. I got them to be used in manufacturing a special spirit called Kahwiri Kapam.

“I said four months ago that I will work on Cristiano Ronaldo seriously and rule him out of the World Cup or at least prevent him from playing against Ghana, and the best thing I can do is to keep him out through injury.”

However, it seems the ‘spell’ wasn’t good enough. The global icon bounced back in time for the competition. And, more importantly, for the big showdown with Ghana. Ronaldo scored an 80th-minute winner.

To make matters even worse, Ghana exited the tournament at the group stage.

In 2014, former Togo international Emmanuel Adebayor accused his own mother of using ‘juju’ – a form of witchcraft – to prevent him from finding the back of the net. Having scored only two goals that season, the striker couldn’t think of any other explanation for why he was playing so poorly.

But according to The Sun, Adebayor’s family refuted his statement. The footballer’s brother claimed that the former Arsenal star had been ‘brainwashed’ by Muslim alfas – spiritual men.

They accused the striker of kicking his mum out of her house, which supposedly forced her to live on just £1 a day.

In an interview with the Ghanaian radio station, Peace FM, the player explained his side of the story.

He said (quotes via Daily Mirror): “Obviously, I’m not a pastor. I am a footballer so I cannot point out a witch. I never sacked my Mum from the house – she decided to leave the house.

Finally, who can forget Paul the Octopus? We were all mesmerised by the seemingly out of this world ability of the underwater creature to predict the 2010 World Cup results.

He successfully predicted 12 out of the 14 fixtures, including all seven of Germany’s games at the tournament. That’s some record.