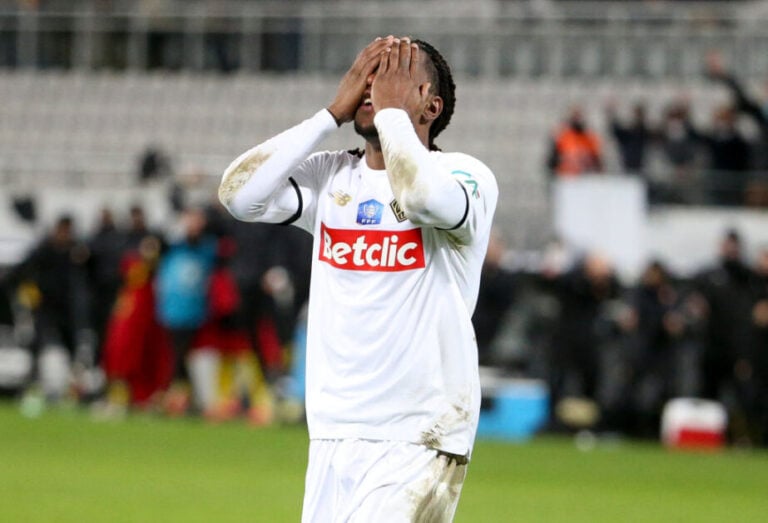 Renato Sanches could find himself in hot water after his actions in Ligue 1 action last night. The Portuguese midfielder’s side Lille travelled south to Marseille on Sunday. Both teams are battling for Europe, with third-placed Marseille currently holding a Champions League qualification spot. Reigning champions Les Dogues looked to recover some ground in the race for Europe from tenth.

The champions started the match perfectly, with Sven Botman heading in from a Renato Sanches cross after just 15 minutes. They had an opportunity to double their advantage from another Sanches cross, but Burak Yilmaz somehow had his header saved from point-blank range. Unfortunately, the momentum shifted when Lille’s Benjamin Andre received two yellow cards in the space of a minute.

Finally, Marseille had an opportunity to get back in the game thanks to the red card. The home side had over 70% possession, draining the energy of the depleted opposition. Cengiz Under scored a superb strike in the 75th minute to reward Marseille’s domination. However, Lille held on for a point, much to the frustration of Les Olympiens.

Barcelona transfer target Renato Sanches had an impressive game. He produced the assist for Lille’s goal and created other chances that could have got them the win. However, his off-the-pitch actions will overshadow his performance.

Coming off in injury time, the Portuguese talent had grown tired of the abuse being received from the Marseille supporters. Before taking his place on the bench, he gesticulated heatedly to the stands. This culminated in Sanches giving his middle finger (which you can see in the linked text) to the opposing fans – in full view of the TV cameras and media.

Sanches has not yet revealed why he was so angry with the supporters, but it seems possible that the Lille star may receive punishment for his actions.

Fortunately for Renato, the Stade Velodrome was at a limited capacity for the fixture. There is a 5000-fan limit on sporting events in France currently due to restrictions against COVID. Despite the limit, the home fans were still very vocal. Marseille have a long history of crowd trouble at both home and away fixtures.

They have received reprimands from the LFP for trouble in fixtures against PSG, Angers and Nice – and that’s just for this season. If there had been a full stadium last night, more than harsh words could have been thrown at Sanches.

Severe punishments handed out after Nice and Marseille brawl

Severe punishments handed out after Nice and Marseille brawl