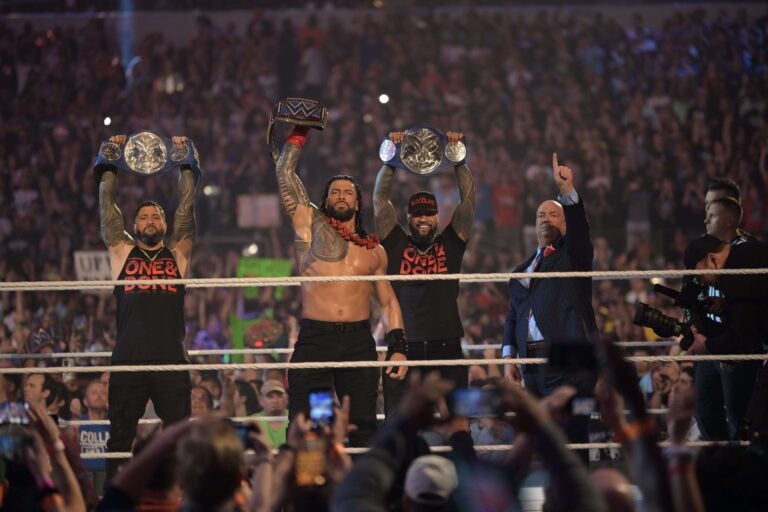 Roman Reigns is reportedly no longer scheduled for the Money in the Bank (MITB) premium live event – and it is currently unclear when he will next defend his Undisputed WWE Universal Championship.

The ‘Tribal Chief’ has gone on an extended break from WWE. He sat back and watched as Cody Rhodes and Seth Rollins to headline Hell in a Cell in a bruising encounter.

With the ‘American Nightmare’ sustaining an injury, and likely to be out of action for a while, fans want Reigns back as soon as possible.

He hasn’t featured on SmackDown in weeks, and won’t defend his title at the company’s upcoming premium live event, according to reports from esteemed journalist Dave Meltzer.

Sports Illustrated’s Justin Barrasso, meanwhile, has claimed (as per WrestlingNews) that this is because WWE elected to change the venue. They moved from the 65,000-seater Allegiant Stadium in Las Vegas, Nevada, to the MGM Grand Garden Arena, which has a capacity of 17,000.

But regardless, the WWE Universe is still in the dark about when their hero will return.

When could Roman Reigns return after MITB absence?

As per WrestlingNews, the promotion originally scheduled the powerhouse to defend his strap at the July 2 premium live event against Riddle. He was then slated to battle Randy Orton at SummerSlam, before facing Drew McIntyre at Clash at the Castle.

Luckily for British fans, it appears his collision with the Scot will go ahead as planned. ‘The Chosen One’ laid down the gauntlet on the latest edition of SmackDown. Reigns will undoubtedly oblige.

In addition, those attending WWE’s summer extravaganza will get to see ‘The Viper’ in action. There are no current plans to scrap the eagerly anticipated match-up.

The situation for Riddle, it seems, is less clear. According to the same source as above, his match against Reigns may not take place. If it does, it would be on an unspecified edition of SmackDown.