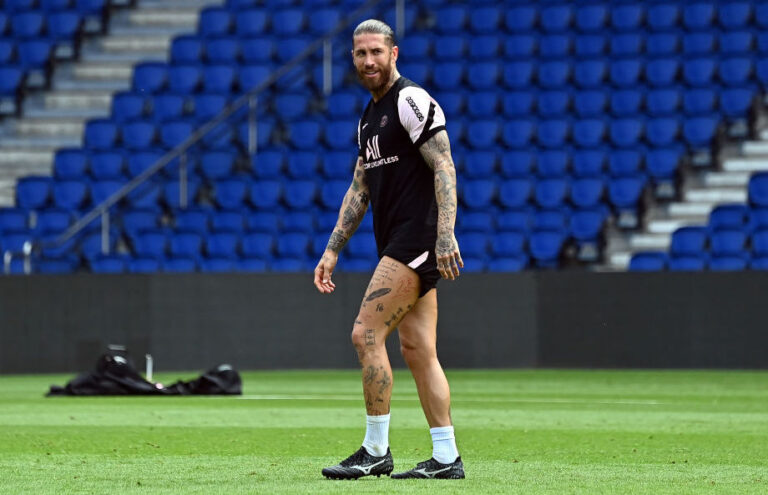 Sergio Ramos has been hard at work during the off-season, showing his brutal exercise regime on social media.

The 36-year-old endured a tough first season at Paris Saint-Germain after his move from Real Madrid in the summer of 2021. A calf injury saw him miss 33 games in all competitions; Ramos made just 13 appearances for PSG as a result.

The injury situation was so dire that reports claimed Sergio Ramos considered retiring from football altogether.

Despite this, the Spaniard still picked up another piece of silverware as PSG cruised to the Ligue 1 title. On a further positive note, Ramos managed to recover from his debilitating calf problems and regained fitness.

Les Parisiens will likely report for the first day of training next Monday, July 4. Interestingly, the player’s return to work may also be the day of some big news.

RMC Sport report that PSG will unveil former Nice and Lille manager Christophe Galtier as the side’s latest head coach on Monday. However, the Ligue 1 champs have not yet relieved Mauricio Pochettino of management duties, so this could change.

No matter who is in charge, the star-studded squad will arrive for pre-season ahead of a tour in Japan. PSG will travel to the ‘land of the rising sun’ for three matches. Here, they will take on three J-League teams across five days: Kawasaki Frontale (July 20), Urawa Red Diamonds (July 23), and Gamba Osaka (July 25).

If his social media posts are anything to go by, Sergio Ramos is ready and raring to go for those fixtures already.

In a collection of videos on Instagram in the past week, the 2010 World Cup winner has shared his intense, at-home exercise practices.

Mostly cardio-based, the clips show Ramos doing hill sprints in a number of locations. For instance, one video is on a dirt track, whilst others are on an inclined tarmac road.

Additionally, the defender utilises a fancy piece of gear to increase the difficulty of his workout. Called the “Battle4Run”, this equipment acts as a weight with which to increase the resistance against you whilst running. You can see it in the background of the picture below:

It certainly made Ramos put in extra energy when attached to the machine, as he worked hard to keep moving up the hills at speed.

Both Ramos and PSG fans will hope all the effort is worth it. Hopefully, he can step up as a critical leader for Les Parisiens in their pursuit of domestic and European silverware.