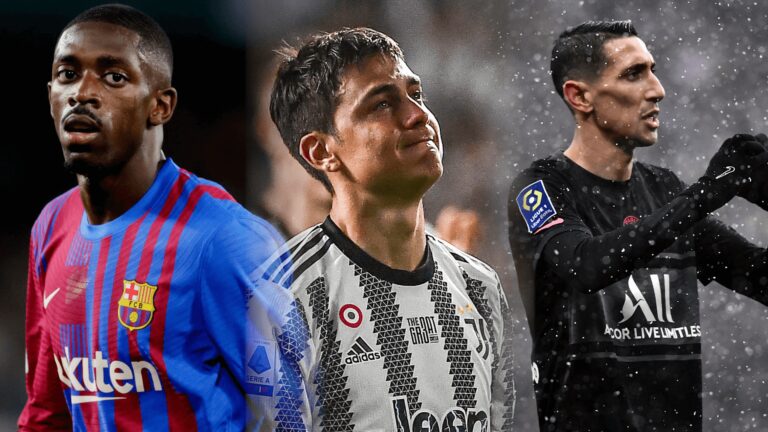 July is almost upon us, and with it comes the official expiry date of contracts for football players worldwide, who will be free agents.

Most football contracts expire on June 30, with players able to move to another club on a free transfer, or Bosman, following that date.

A Bosman transfer is where a player can move to a new club at the end of their contract, without their old club receiving a fee.

In the case of players aged 23 or under, the player’s former club is entitled to training compensation, which the new club pays.

Several high-profile players will see their current deal expire on June 30. However, some have already agreed to move to other clubs.

For instance, Gareth Bale will leave Real Madrid and effectively become a free agent, but joins MLS side LAFC from July 5. He will also be joined by Juventus legend Giorgio Chiellini.

Other players, however, currently have uncertain futures. Barcelona, for instance, want to keep Ousmane Dembele at the club, but have not agreed on new terms with the Frenchman at the time of writing.

Christian Eriksen, meanwhile, has been the subject of interest by Tottenham Hotspur and Manchester United. He could also stay at current side Brentford.

Paul Pogba and Paulo Dybala are on the way out of United and Juventus, respectively. Isco and Marcelo will leave Real Madrid.

Let’s take a look at a list of some of the prominent names that will be out of contract at the end of the season, and the club they have most recently played for: