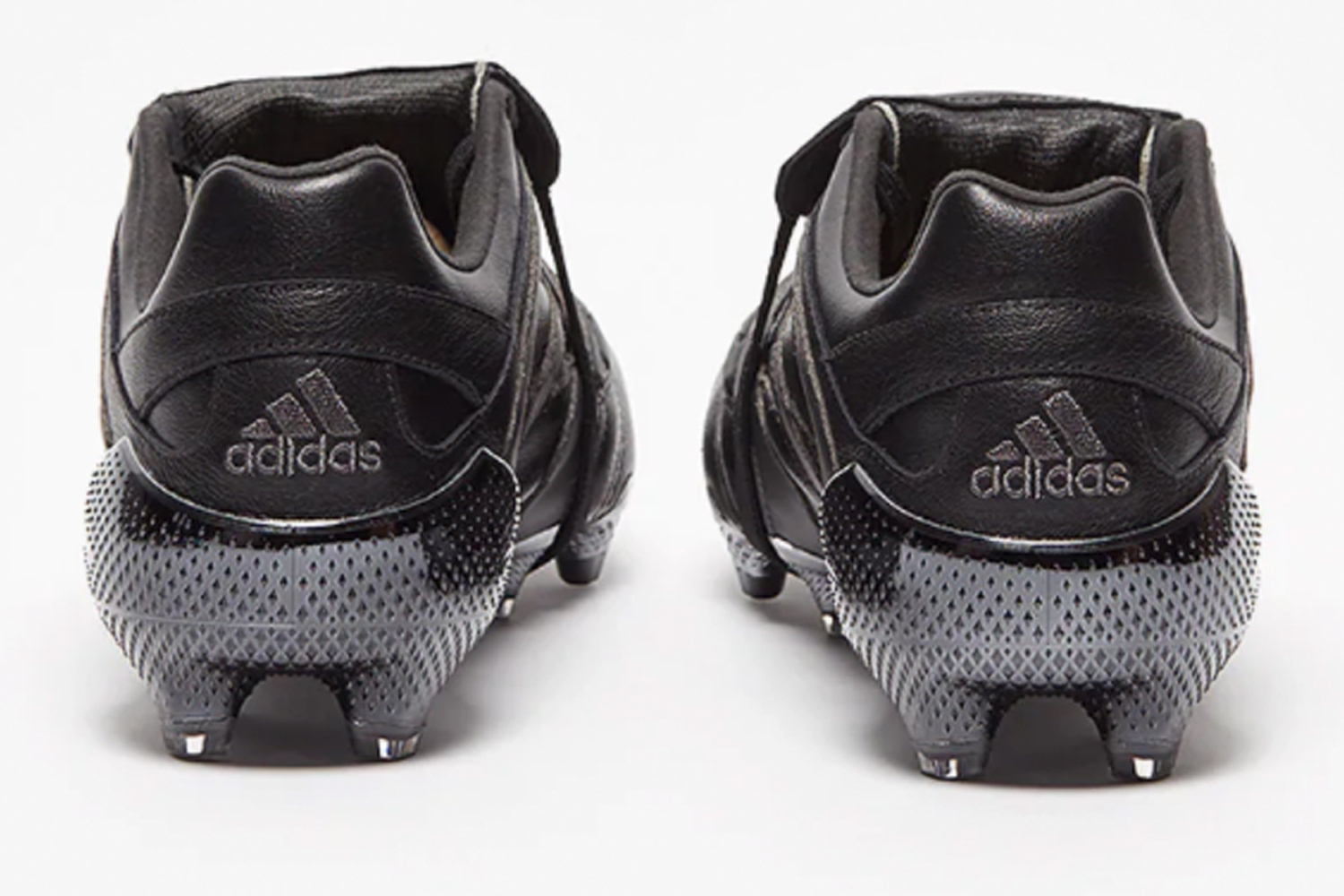 Adidas’ Predator series is arguably the most recognised tag of all time when it comes to football boots.

Down the years we’ve not only seen the greatest talents donning the unmistakable three stripes, but some of the most marketable names too. The Adidas advertising department are no slouches.

There have been many, many iterations of the Predator silhouette; The Rapier in 95, the Touch in 96, but it was the Accelerator in 98 when the model really came into its own.

An eye-catching combination of brute force and sophistication, the Accelerator became the base for what would become a dominant decade for the Predator series.

Well now it’s back, in a brand new blackout colourway that has brought us all to our knees.

“Arriving in a stealthy black and grey colourway, this special edition of the Predator Accelerator sees the iconic upper of the ’98 original paired with the modern soleplate of the Mutator+.” The description reads.

“The signature rubber elements the likes of Beckham and Zidane used to such devastating effect sit primed and ready on the forefoot, while the curved three-stripes and traditional foldover tongue complete the classic look.”

This is the second release to come from the ‘Eternal Class’ pack, with revamped versions of both the Predator Absolute and the iconic Copa Mundial 20 dropping back on Boxing Day.

Fingers crossed we’ll get to see more of the Adidas archive reworked if they’re going to look anywhere near as good as what’s come so far.