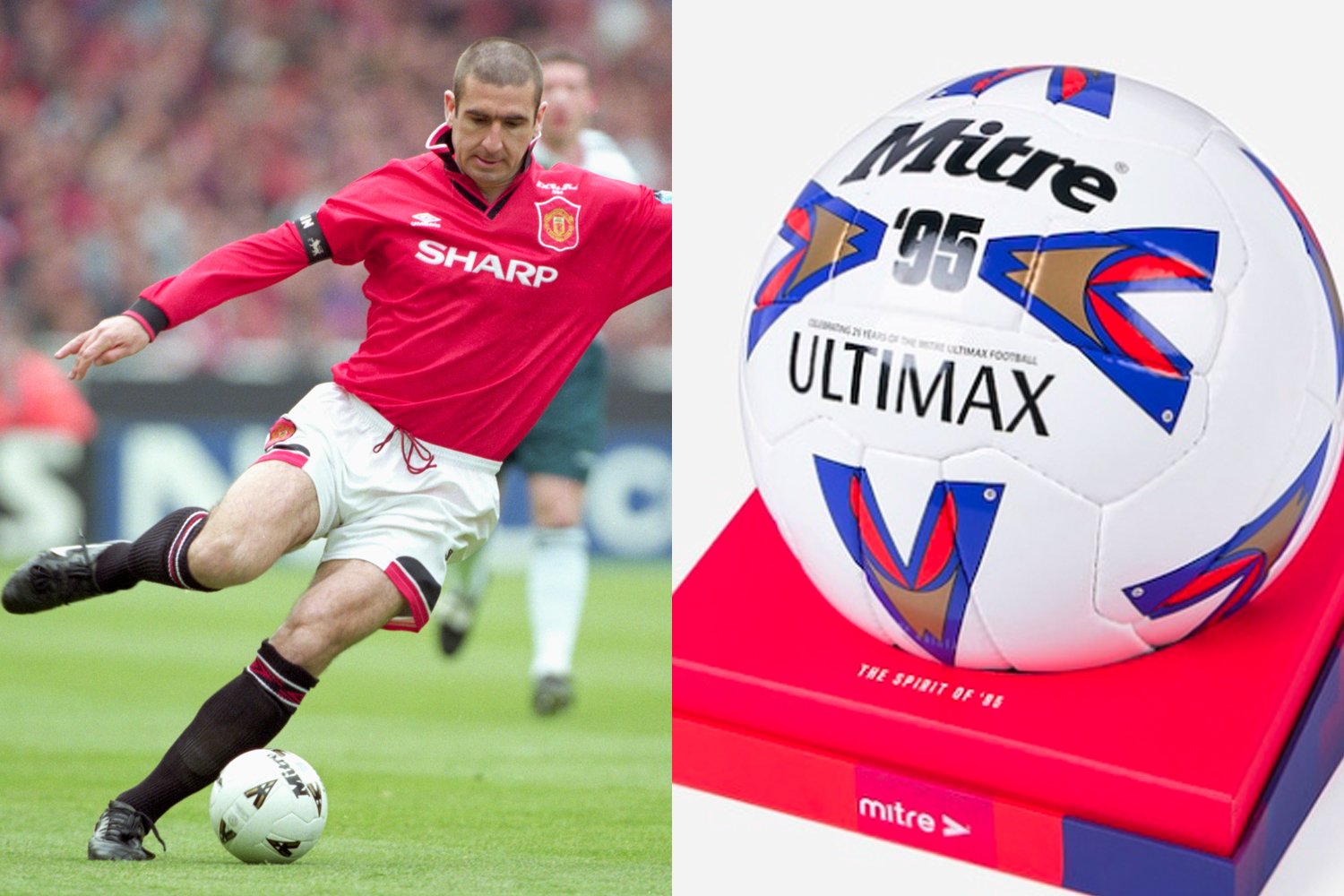 Oh boy, this is going to be a popular one.

25 years on from its original release, the iconic Mitre Ultimax is set for a re-release to mark the occasion.

A staple of footballing history, it became the official match ball of the Premier League between 1995 and 2000, way before the days of knuckleballs and questionable flightpaths.

The nostalgia-packed drop will bring memories of Eric Cantona and Gianfranco Zola flooding back, which can only ever be a good thing.

There will be two editions of the release, a more affordable replica version that retails at £27.00 and for those with cash burning a hole in their pocket, the ‘pro’ version, which comes in a super-limited run of 600 and will set you back a cool £130.

It’s not the only blast-from-the-past release we’ve come across recently. Nike recently unveiled their Phantom GT Scorpion, inspired by ‘the cage’ advert, which holds its own place in footballing pop culture.

“Launched in March 2002, the campaign centered on a fictional 8-team, 3-a-side tournament, first goal wins. All matches took place in an enclosed “cage” on a ship. Its timing coincided with international play in South Korea and Japan, and with local 3-a-side tournaments staged around the world.” The listing on the Nike website reads.https://www.youtube.com/embed/f65EwG10kgY

“With the Phantom GT Scorpion, the generational link between “Secret Tournament” and boot materializes through a chrome upper and plate referencing the tournament’s ball, painted brush strokes mimicking the on-ship location and the yellow/black hazard stripes framing the goals. Additionally, a lateral scorpion graphic, featuring the phrases ‘Secret Tournament’ and ‘Engineered For Skills,’ updates the original scorpion logo.” it continues.