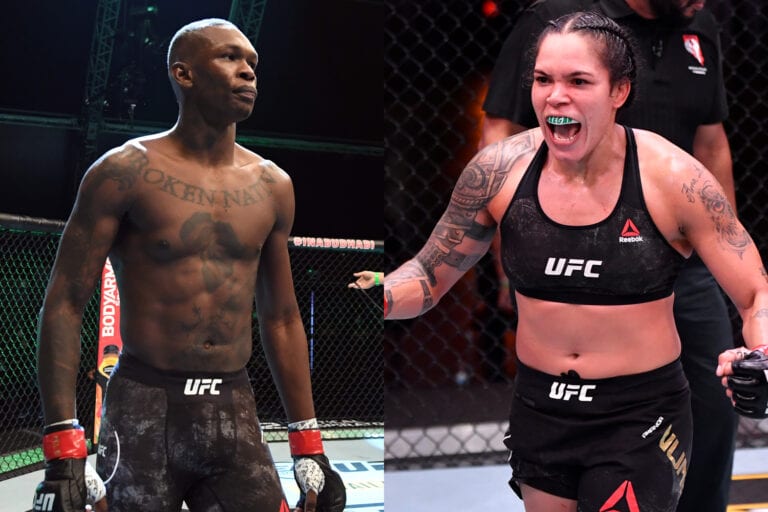 Get ready, folks, because UFC 259 is almost upon us.

It’s been called one of the biggest UFC cards in recent years and it’s not hard to understand why. From the main event all the way down to the early prelims, this thing is stacked.

The headline attraction is Jan Blachowicz defending the UFC Light Heavyweight Championship against Israel Adesanya. If Adesanya wins, he’ll join an elite group of fighters to have captured belts in TWO weight classes.

Beyond that you’ve got the GOAT of women’s MMA, Amanda Nunes, defending her crown against Megan Anderson. Then there’s the Bantamweight Championship meeting between Petr Yan and Aljamain Sterling, with an embarrassment of riches following on from there.

But instead of taking it from us, why not watch the cold open for the PPV that’s been released early by UFC president Dana White.

Having three title fights on the same billing is impressive in itself, but combine that with some genuinely amazing prelims leading up to it and you’ve got something pretty spectacular.

The card goes down in Las Vegas, Nevada at the UFC APEX, with many hoping it won’t be long until fans can return to the arena.

Regardless of whenever that happens, the promotion seems understandably committed to putting on as many major PPVs as they can. UFC 260 already looks great, McGregor / Poirier 3 has been heavily rumoured and Jon Jones is just waiting to return.

Catch UFC 259 on BT Sport live this weekend with the main card starting at 3am.