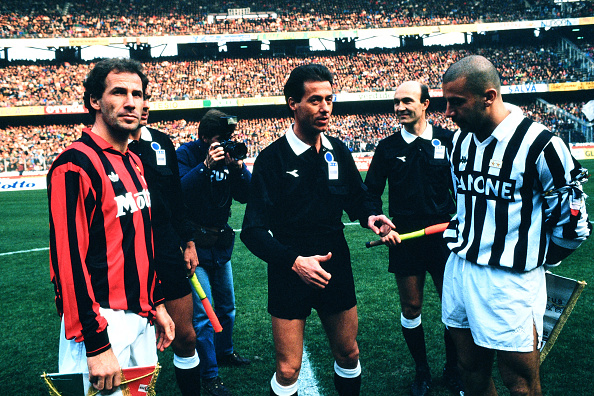 The Serie A was the best league on the planet through the 1990’s, the league boasted the biggest stars in world football and Italian clubs were the best in Europe.

Stars such as Marco van Basten, Diego Maradona, Ruud Gullit, Roberto Baggio, George Weah, Alessandro Del Piero and Ronaldo graced the Serie A throughout the 90’s. The league was undoubtedly the strongest as Italian clubs dominated the European landscape.

The league was still a top division all they way up to the 2010’s but after that the divisions quality died down. Juventus took advantage of this and dominated Italian football for the past 10 years. Napoli have tried to challenge Juventus over this period, but they were unsuccessful.

In Europe there has been a drought for Italian clubs, there has not been a champion from Italy in the Champions or Europa League for over ten years.

This season all the Italian teams apart from Inter Milan has qualified for the knock-out stages of their respective European competition.

Domestically things have also changed as there are many strong teams in the division.

Milan clubs are back

Giants Inter and AC Milan fell into a dormant spell throughout the 2010’s but the rivals have sprung back to the top recently.

AC Milan lead the pack in Serie A, they have a very exciting group of young players lead by the evergreen Zlatan Ibrahimovic. Inter are not far behind there inter-city rivals as they sit in second. Inter have a formidable strike partnership in Romelu Lukaku and Lautaro Martinez who will continue to push them up the table.

Napoli have been Juventus’ closest challengers during the past ten years but have failed to beat them to the title. They have had success in the Coppa Italia and are current holder of the cup competition.

Napoli boast some world class players in Kalidou Kouibaly and Lorenzo Insigne and look to have found a fitting manager for the club in Gennaro Gattuso as he matches the madness of Naples.

A challenge from the capital

Roma have also been a side that have tried to break Juventus’ dominance on Italian football over the years. They have had a good start to the season and sit in third place. Henrikh Mhkitarayan has been in great form for Roma assisting eight goals so far.

Lazio are another side from Italy’s capital capable of competing for the top prizes. The Eagles are currently in 8th place but have also had the additional weight of Champions League football. Lazio will face off against Bayern Munich in the round of 16.

Lazio will look to lethal striker Ciro Immobile to fire them back up the league table.

Atalanta have been the shining light of the Serie A in recent years, they have emerged as one of the most exciting teams in Europe over the last four years. They score goals with their all-out attack mentality. They have a lot of entertaining players to watch including Alejandro Gomez, Josip Ilicic, Duvan Zapata and Luis Muriel.

Sassuolo have emerged as contenders for a place in Europe next season. They have a solid group of players with talents such as Domenico Berardi and Manuel Locatelli.

Despite all the new competition in the Serie A you can not write off Juventus. The ‘Old Lady’ have so many brilliant players including Cristiano Ronaldo. They are currently in fourth place but will undoubtedly chase the pack all the way to the end of the season.

In the Champions League they went head-to-head with Barcelona and won the group on goal difference. They will hope they can go all the way in this seasons Champions League.

Do you think that Serie A is back to its best? Let us know @SPORF on Twitter.