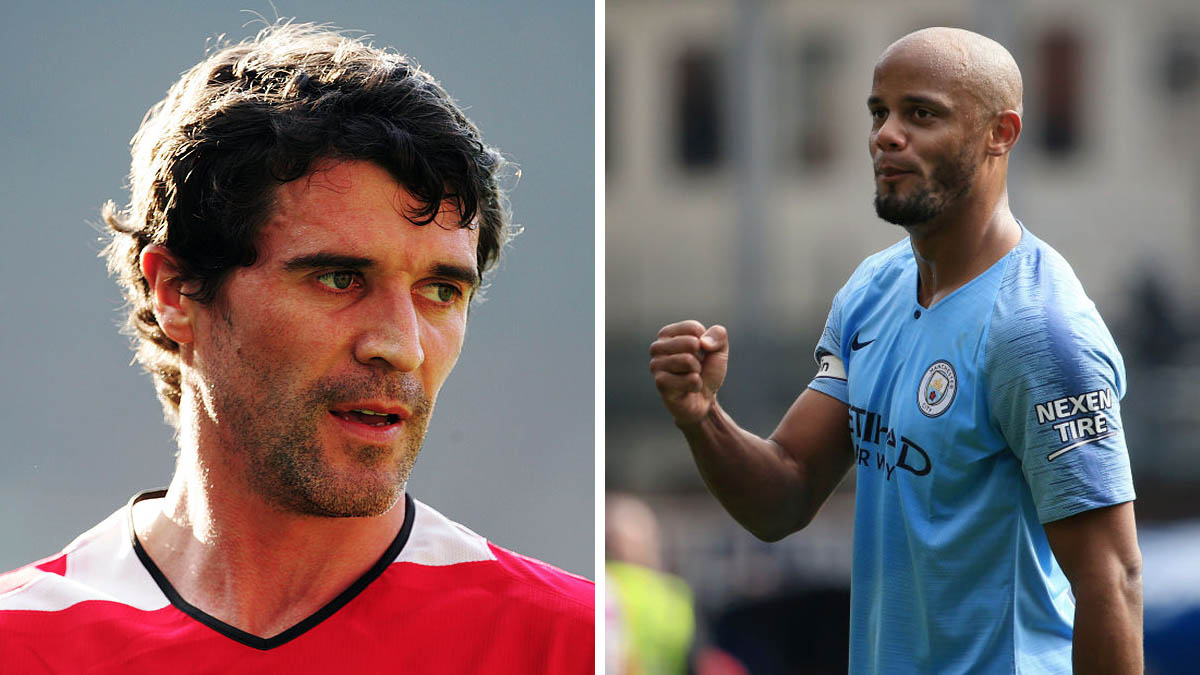 The Premier League has been incredibly fortunate to have witnessed some of the greatest captains in football history.

Ask anyone for their ten greatest captains and the list would be different every time – here is another of those opinions to add to that list.

What do you we look for in a captain? They have the mentality of a winner, lead by example, have respect and admiration of player and fans respectively and they always put the team first.

The players in this list have those characteristics in abundance.

This man in recent seasons has really stepped up to the plate. First and foremost taking the armband from Liverpool Legend Steven Gerrard is difficult enough but to go on and be the head of the resurgence of Liverpool under Jurgen Klopp is just incredible.

He has a Champions League, UEFA Super Cup and FIFA Club World Cup already under his captaincy and with the illustrious first Premier League title looming for Liverpool he cannot be overlooked.

Jordan’s energy on the football pitch encourages the tempo that we all associate with Liverpool’s current style of play and to be suggested to be one of the favourites for this season’s PFA player of the year just shows the impact he has had.

Although he didn’t win any silverware whilst on Tyneside, he is still rightly regarded as a Newcastle hero. He was part of the team that got to back to back FA Cup finals in ’98 and then again in ’99.

His style was definitely a lead by example. Aggressive in challenges and a handy ability in knowing how to get under the skin of his opponents.

Turning down a move to Manchester United in favour of his hometown club ultimately cost him trophies but cemented his place in Newcastle folklore for life.

The first of only two (yes only two) Manchester United captains in this Top 10. Similarly to Henderson he had big shoes to fill following on from Bryan Robson – but Bruce was never the player to back down from the big occasion.

His two headed goals against Sheffield Wednesday in the 92/93 season, by some, is seen as the catalyst to United’s dominance in that season and the ones that followed.

Sir Alex Ferguson in his first autobiography heaped praise on Bruce “He led by example and fully deserved the honour of going on (after Robson bowed out) to become the most successful captain in United’s history.”

Gerrard’s position in these kinds of lists is always a controversial one, depending on who is asking. The lack of a Premier League title is always going to be a stumbling point in his footballing story, though his talent is undoubted.

He had some momentous times at Liverpool – the 2006 FA Cup Final winner and that night in Istanbul obviously stand out.

He captained one of the biggest clubs in world football for over a decade and that in itself is remarkable. He is and forever will be a Liverpool legend and rightly so and it is really unfortunate that he couldn’t add that missing piece of the jigsaw into his captaincy career.

In that unforgettable title winning season he played every minute of every game. Leicester were as far as 4000/1 to win the league and the team captain drove that campaign forward through inspirational displays.

In that historic instalment he kept 15 cleansheets but also recorded 40 block, 95 interceptions, 51 tackles and 216 clearances; all of which are better stats the Virgil van Dijks were in his impressive 2018/19 season.

Vieira embodied the invincible era of Arsenal –  the only player to captain a team to go unbeaten in a whole Premier League season.

To keep that level of consistency up for all of the 38 league games requires a skipper that expects the best each and every single week.

On the pitch he was colossus of a man – but an equally incredibly talented and technical footballer.

When you think old fashion, old school leader – Tony Adams is the first name that springs to mind.

He expected nothing less than what he gave and he gave everything and more. For a 6ft 3inch defender he had some decent feet too and this was optimised with his beautiful left footed strike against Everton at the 1998 season.

Also, a fun fact about Tony: he is the only person to captain a title winning team in three decades.

Kompany guided Manchester City into their era of Premier League brilliance, without him, it’s hard to imagine the club coming close to that success.

Vincent Kompany is not only an impeccable player and leader, off the pitch he is an exceptional human, doing some amazing work for charities in the Manchester area.

Mr Reliable, he became the man for the big occasion and he was doing this up to his final season smashing in his screamer against Leicester in a pivotal game to turn the title into the Citizens favour.

Again, John Terry is a very divisive figure – but for the sake of this, we’ll concentrate on the impact the Chelsea captain had on the pitch.

He had quality on the ball and was a titan without it. He organised everyone around him and he was an essential part of the spine that Mourinho built his incredible Chelsea side around.

The most vocal of captains on the pitch, whether it was his own players, oppositions or officials.

His elite winning mentality was installed by Brian Clough and grew with Sir Alex Ferguson.

It’s easy to forget how good a footballer Keane actually was underneath that aggression and just how much he actually gave for his side.

The Irishman had everything: drive, determination, team spirit, football intelligence, respect from everyone in the footballing world and most of all he was a winner.