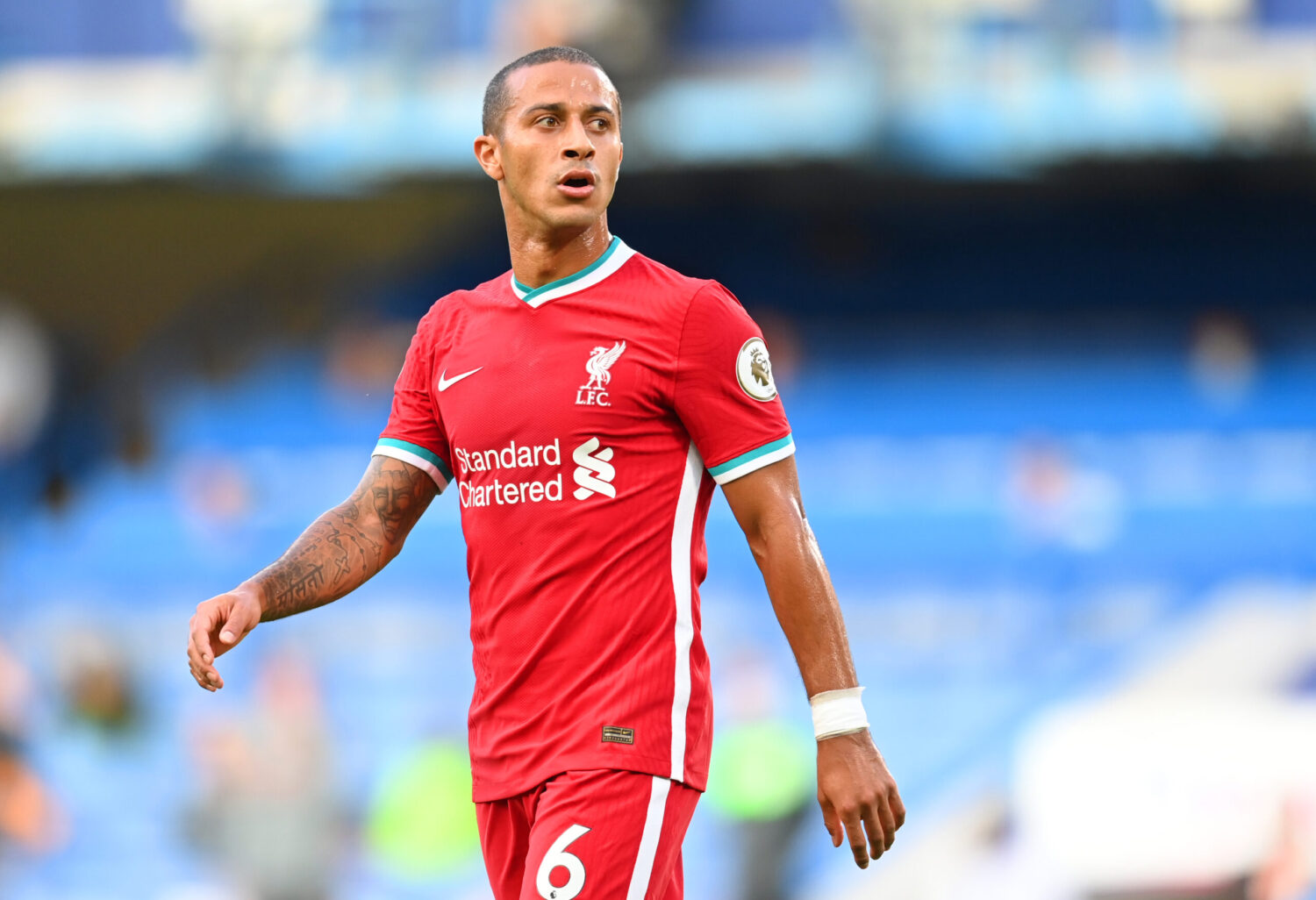 After sealing his much-anticipated move to Anfield, Thiago wasted no time on putting his stamp on the Premier League.

It was a quick turnaround for the Spaniard, as he made his debut just two days after making his £20m move from Bayern Munich official.

After coming on for the second half in Liverpool’s 2-0 victory against Chelsea, the midfielder offered a glimpse at exactly why the club were so keen to get the deal over the line.

According to Opta, Thiago made an impressive 75 successful passes, a Premier League record for any player in the space of 45 minutes. It was also more than any Chelsea player managed throughout the whole match.

75 – Half-time substitute Thiago completed more passes (75) than any Chelsea player managed in the entire match. Since full passing data is available for the Premier League (2003-04), his 75 successful passes are the most by a player who played a maximum of 45 minutes. Control. pic.twitter.com/UvHfrw1ggN

Of course Frank Lampard’s side had been reduced to 10 men in the first half, after Andreas Christensen received a straight red for hauling down Sadio Mane, which may have opened up some extra space.

Still though, Liverpool fans had every reason to get excited about their first look at the new signing, who has built a reputation as one of the finest playmakers in the game.

With Lincoln up next on Thursday in the league cup, and Arsenal in the league at the weekend, it’s almost nailed on that the 29-year-old will feature more heavily.