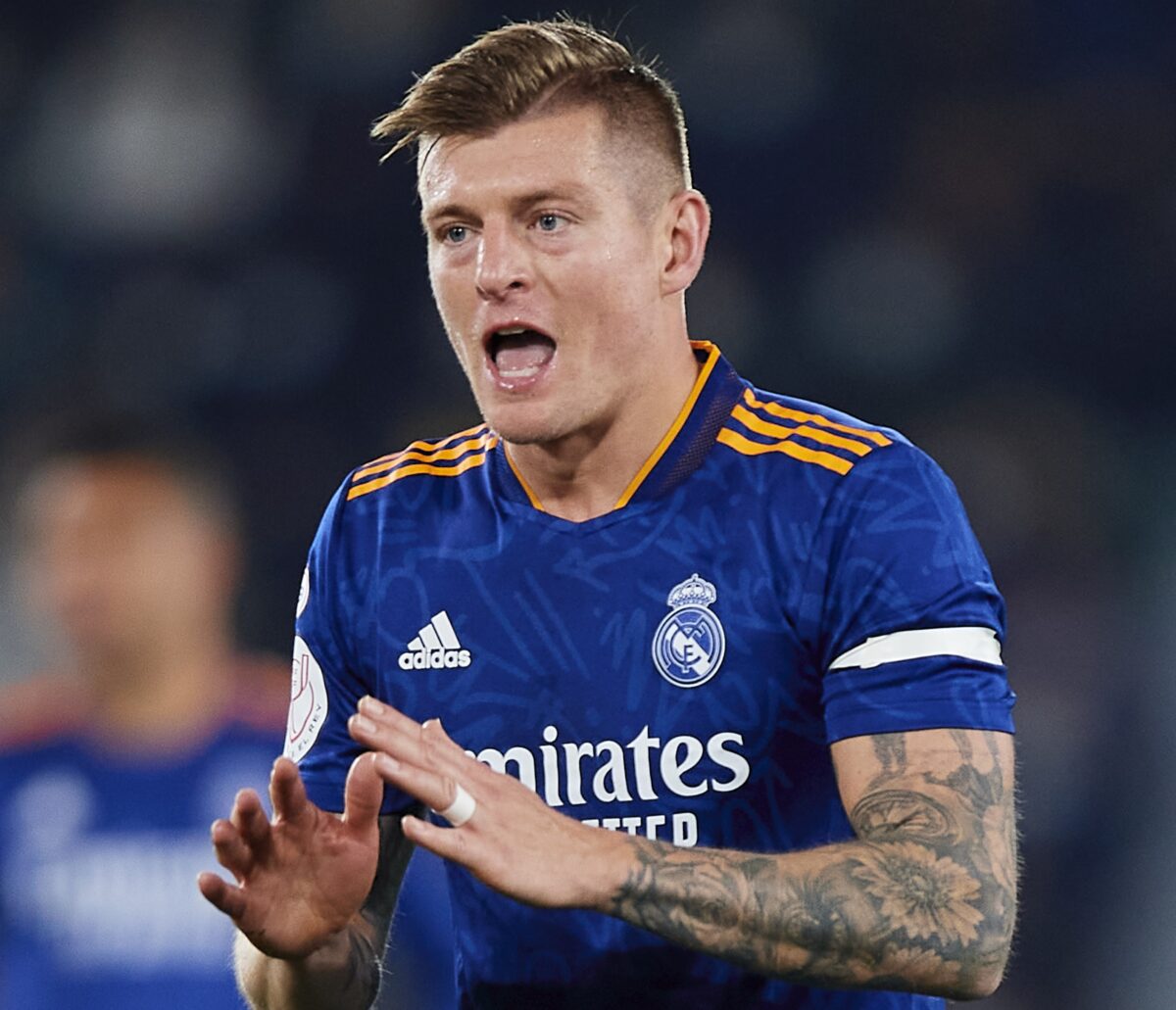 Toni Kroos has apologised to the referee who gave him one of the most bizarre yellow cards in football history.

The German was a victim of a very controversial decision during Real Madrid‘s Copa del Rey tie against Elche on January 20. The midfielder was left seething after being booked by Jorge Figueroa Vazquez for a foul on Tete Morente.

Kroos valiantly protested the decision, which resulted in a booking for dissent. The replays then showed the German midfielder had made zero contact with his opponent.

His side went on to win the game 2-1 in extra time to advance to the quarter-finals of the Copa del Rey. But the victory didn’t calm Kroos’s anger. The German posted an angry message on his Twitter page following the match. His sarcastic response to the incident racked up a whopping 300,000 likes.

He wrote, in response to a video that has since been removed: “Yellow card. Of course.”

However, in the aftermath of the event, the midfielder has changed his tune.

The 32-year-old is one of the most disciplined players in the entire sport. He’s never received a red card throughout his entire career, and he’s certainly not had an incident like this occur before.

Kroos is determined to try and embed his positive attitude into the up and coming players who look up to him. He’s started the ‘Toni Kroos Academy App’ to try and offer valuable life lessons to his legion of fans.

Following his high-octane protestations towards the unusual yellow card, he posted a video apologising to the referee.

He said: “In times of high emotion, it’s hard to stay calm sometimes. You may have seen this situation at the weekend. I received a yellow card that I didn’t fully agree with.

“I think it’s okay to argue with referees or other players if you don’t agree with a decision. But I strongly believe it’s important to act respectfully on the pitch, especially to be a good role model for our children, we have to remember who is watching us.”

Although there’s no doubt that the official’s decision was wrong, Kroos still doesn’t condone his actions. However, he does believe that it’s essential to argue your case—just so long as you don’t cross the line.