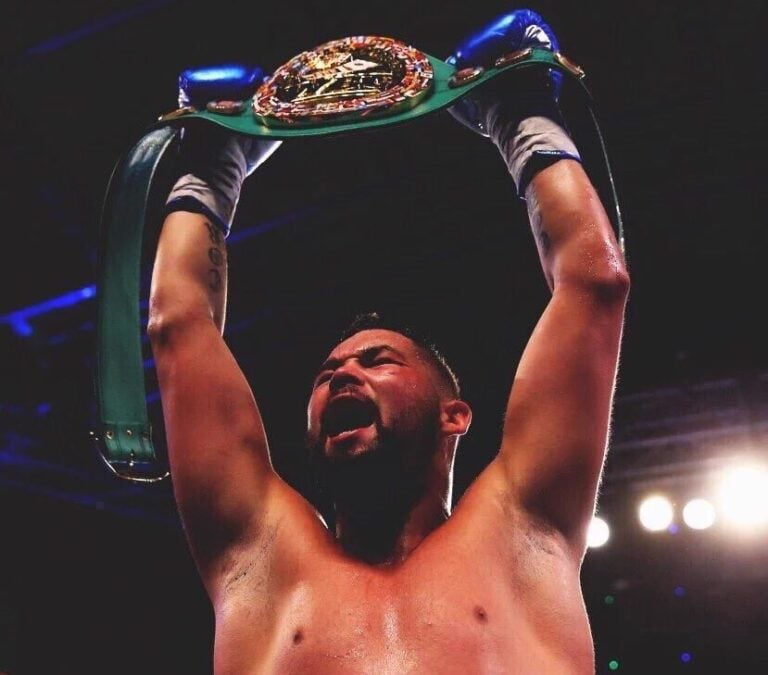 Throughout history, Britain has produced dozens of legendary fighters, but Tony Bellew believes that only three stand out from the pack.

On November 17, former world champion, Paulie Malignaggi, took to Twitter to ask his followers who the best British boxer of all time is, and ‘The Bomber’ piped up with a trio of iconic names.

While Floyd Mayweather boasts an incredible undefeated record, we shouldn’t forget about Wales’ unbeatable southpaw, Joe Calzaghe. Under the tutelage of his father, Enzo, The Italian Dragon took over the boxing world.

The slickster won world championships in two weight divisions en route to becoming the longest-reigning super middleweight title holder in the history of the sport.

After beating the likes of Chris Eubank, Robin Reid and Richie Woodhall, he upset the applecart against Jeff Lacey to propel himself into global superstardom.

And to conclude his excellent career, Calzaghe overcame Bernard Hopkins and Roy Jones Jr to retire with a perfect 46-0.

Throughout his time at the top, he overwhelmed opponents, taking them into deep water before ultimately drowning them under his overwhelming sea of pressure.

The current heavyweight scene is dominated by Brits. The likes of Tyson Fury, Anthony Joshua, Joe Joyce, Dillian Whyte, and Daniel Dubois all feature in the top ten.

However, they wouldn’t be there today if Lennox Lewis didn’t pave the way.

Throughout his career, the fearsome puncher took on every challenger, from Frank Bruno to Vitali Klitschko and even Mike Tyson. And, despite losing to Hasim Rahman and Oliver McCall, he eventually got both men back in the ring and won the rematches.

But recording an impressive 32 knockouts, he’ll be remembered for his incredible boxing IQ which saw him out-skill and out-think every opponent he faced.

Well, it wouldn’t be a Tony Bellew list without a scouser. But in all seriousness, Conteh was the real deal.

In the days of the 15-rounders, the Liverpudlian brutalised his opponents en route to stopping them with vicious power punches.

The light-heavyweight made his name in the 70s, holding the WBC title for four years. And despite several losses along the way, he finished his career at Anfield, with a fifth-round knockout over James Dixon.

Emma Raducanu is being ‘mentored’ by Tottenham’s Harry Kane