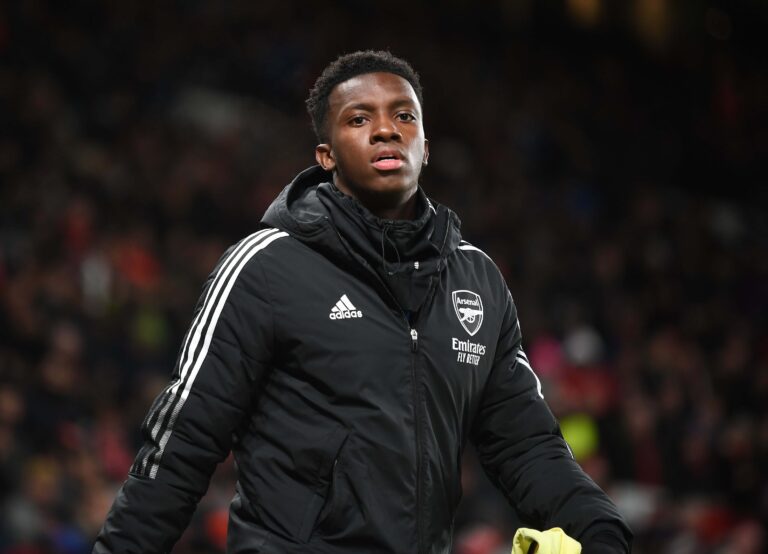 The Gunners took the lead in stoppage time in the first half. Martin Odegaard met Kieran Tierney’s cross on the volley from close range, sending the ball beyond Jordan Pickford.

However, with 10 minutes remaining on the clock, Everton started their fightback. Having earlier seen two goals ruled out by VAR for offside, it was third time lucky for Richarlison, whose header looped over Aaron Ramsdale.

On 92 minutes, Rafael Benitez’s side secured victory. Demarai Gray cut inside and unleashed an unstoppable strike from 25 yards which went in off the post. Ramsdale was left stranded.

It was a massive victory for the Toffees and Benitez, who had been on an eight-match winless streak in the Premier League. The win takes them up to 12th in the table. Arsenal, meanwhile, are in seventh position. They are four points off the Champions League places.

What problems does Mikel Arteta have after Everton defeat?

The result will have left Mikel Arteta with some thinking to do. He elected to drop captain Pierre-Emerick Aubameyang for the fixture, and brought him on after fellow striker Eddie Nketiah.

Both players missed big chances to draw Arsenal level. Nketiah hit the post with a close-range header, before Aubameyang sent a presentable chance wide of the target with the last kick of the game.

Arsenal are in a tricky situation currently when it comes to strikers. Aubameyang hasn’t scored in his last six appearances in the Premier League.

Nketiah has mostly impressed when given the opportunity this season, scoring in each of his two Carabao Cup starts against Leeds United and AFC Wimbledon.

What is the contract situation of Eddie Nketiah?

However, the main problem for Arsenal when it comes to Eddie Nketiah is his current contract situation. His deal expires at the end of this season.

The Gunners offered Nketiah an extension, but, as per The Athletic, the 22-year-old turned the offer down and instead told the club that he wanted to leave.

Once he enters the last six months of his deal in January, he is free to talk to other European clubs and sign a pre-contract agreement. English clubs will have to wait until the last month of his deal before making any such agreements. Any club that signs Nketiah on a free also has to pay Arsenal a compensation fee as the player is under 23 years of age.

That all means that, within a few weeks, we may well know what Nketiah’s future holds and whether or not he will remain at Arsenal.

Why does Eddie Nketiah want to leave Arsenal?

Nketiah has had first-team opportunities at Arsenal – but they have been few and far between.

Since the Gunners recalled him from a loan spell at Leeds in January 2020, he has made 32 appearances in the Premier League. However, only 13 of those appearances have been starts. In fact, out of the last 19 times he has played for Arsenal in the league, he has come off the bench on 15 of those occasions.

The Daily Mail reported that Nketiah has told Arsenal that he does indeed want more first-team football. There are certainly plenty of clubs out there who could offer the striker those assurances.

Which clubs could Eddie Nketiah join?

According to the Daily Mail, German Bundesliga giants Borussia Moenchengladbach have made Nketiah a free transfer target for the January window.

He has also been linked with a surprise return to former loan club Leeds. Nketiah spent the early part of the 2019/20 season at Elland Road on a temporary arrangement. However, he could not usurp Patrick Bamford as the Championship side’s number one striker.

The forward did provide Leeds fans with some memorable moments, including a last-minute equaliser in a 1-1 draw against Preston North End in November 2019. Overall, he netted three goals in 17 Championship appearances.

Nketiah has also been linked with Crystal Palace in recent months. In the summer, the 22-year-old was a target for Patrick Vieira’s side, but they eventually signed Odsonne Edouard from Celtic instead.