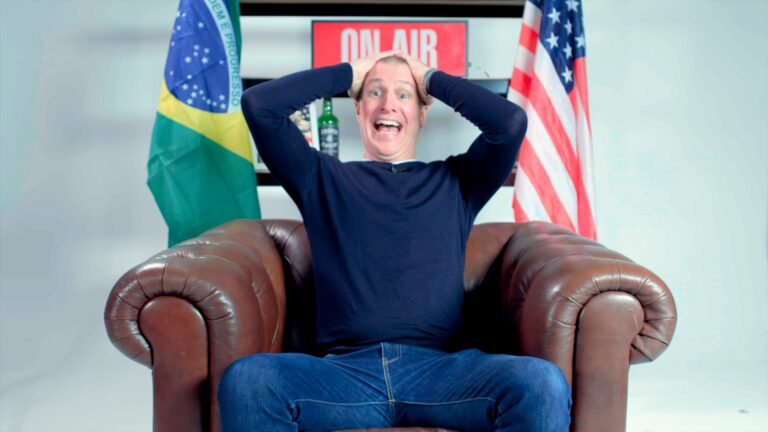 UFC 269 is just around the corner, and Adam Catterall is back with his predictions for what is likely to unfold during the big event.

The huge night of action takes place on December 11 at the T-Mobile Arena in Las Vegas, Nevada.

Amongst the headline acts is a UFC lightweight title showdown between defending champion Charles Oliveira and the ambitious challenger Dustin Poirier.

‘The Diamond’ is looking to become UFC world champion for the first time, and intends to make sure that he is holding the belt come Saturday evening.

For the latest edition of his show, ‘Catterall’s Corner’, Adam Catterall gave SPORF an exclusive insight into who he believes will emerge victorious from some of the biggest fights of the UFC 269 event.

“It is just so finely balanced as a title fight. It is going to be an absolute cracker.”

Catterall’s prediction: “I personally, and maybe I’m doing this with heart rather than head, am edging slightly towards Dustin Poirier, because I believe in romance. I believe that this is the time when he gets his hand raised and gets himself the full championship.

“But MMA math doesn’t work like that. Look at Charles Oliveira and what he’s been doing recently. He’s been absolutely mustard.”

“One thing is a guarantee – it is going to be a cracker.”

“Amanda Nunes is absolutely mustard. Nobody has beaten her since 2014. She’s 12 wins on the spin, in various weight divisions – she’s a dual weight world champion. She’s back down at bantamweight, defending her crown once again.”

“How does Raulian Paiva steal the thunder of Sean O’Malley? Well, he can’t let him rest. If you give Sean O’Malley any distance whatsoever, this guy’s going to light you up like a Christmas tree.”

“You’ve got to get in there, get hold of him and ragdoll the living daylights out of him. And that is kind of Paiva’s game. Expect that from the start – as soon as the cage door shuts, and they say ‘Fight’, he’s going to run straight across the Octagon, try and shut that distance and get his hands on him.”

“Sean O’Malley, though, doesn’t waste anything. He’s like a sniper. This guy, when he throws, he throws with bad intentions and he throws to hit you clean on the whiskers. He’s putting people over for fun.”

Catterall’s prediction: “I fully believe that this is an opportunity for Sean O’Malley to announce himself.”

“Ok, he fell short against “Chito” Vera with the leg kick which made his leg go limp and he ended up getting beat, which he disdains as not really a defeat, but it was a defeat. He got beat when he stepped up to the top, top level.”

“This is a step up. Not the top, top level, but it is a step up, and he’s got to showcase what he’s all about. He does a lot of talking; now the time’s to do a lot of walking. I think he will.”

“Do not blink. This could be an absolute firecracker.”