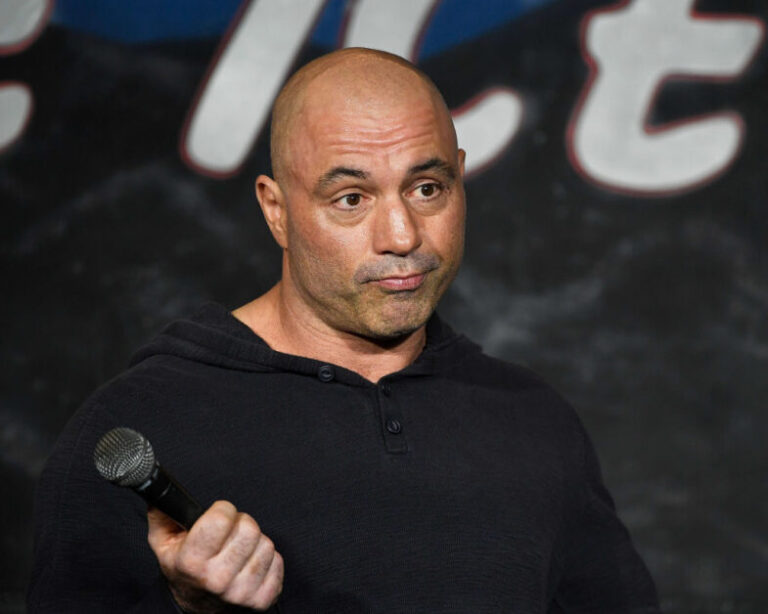 A simple “thanks” to Joe Rogan has proved to be more than enough to set social media alight.

The world’s biggest podcaster since 2015, the 54-year-old’s fame has only grown larger after signing an exclusive deal with Spotify in 2020.

Despite his popularity, praise for Rogan is hardly unanimous. It’s fair to say that he is one of the most controversial celebrities on earth. His antics are as unnerving for detractors as they are amusing for his fans.

Rogan’s figure has created even more division during the pandemic. Scientists and doctors have waged war on the podcaster for a while. They claim that his show gives a platform to conspiracy theorists.

Not everyone agrees. Sitting on the opposite side of the fence, his fans argue that Rogan’s interviews with conspiracy theorists fall under his right to free speech.

Now, a hashtag saying “thanks” to Joe Rogan has triggered another wave of support for the podcaster.

An American virologist, Malone was recently banned from Twitter for promoting Covid misinformation.

Scientists and doctors have called for Spotify to preface Rogan’s show with a misinformation warning. They have also accused him of being “a menace to public health.” Led by epidemiologist Jessica Rivera, 270 experts have signed an open letter to the streaming platform:

“Throughout the COVID-19 pandemic, Joe Rogan has repeatedly spread misleading and false claims on his podcast, provoking distrust in science and medicine.

“He has discouraged vaccination in young people and children, incorrectly claimed that mRNA vaccines are “gene therapy”, and promoted off-label use of Ivermectin to treat COVID-19 (contrary to FDA warnings).”

Why is ‘Thanks Joe Rogan’ trending?

“We would be in very serious trouble right now without Joe Rogan and Spotify’s courage. Let’s make #ThanksJoeRogan and #ThankYouSpotify trend. Don’t cut and paste. And consider doing them in separate tweets. Let’s let’em know we appreciate them.”

Weinstein’s scientific credentials were widely slammed after he advocated for the use of Ivermectin to treat Covid. Following Weinstein’s advice, Joe Rogan took the anti-parasite drug when he contracted the illness.

Nevertheless, Weinstein’s hashtag has kickstarted a wave of support for Rogan. His fans have shown their fervent devotion to the presenter in the replies to Weinstein’s original tweet.

“His podcast kept me sane during the last 3 years. Made me realize I wasn’t alone in questioning the insanity we were being fed. #thanksjoerogan.”

Another follower argued that even if people disagree with conspiracy theorists, they “deserve to be able to hear these opinions.”

‘Thanks Joe Rogan’ is the podcaster’s latest Covid controversy

In classic Twitter fashion, thousands of users have started using the hashtag sarcastically.

This is the umpteenth attempt public health specialists have made to show their concern for Rogan’s popularity.

The UFC commentator came under fire in April of last year with his contentious remarks about the Covid-19 vaccine. The podcaster claimed that he couldn’t see the reason why young, healthy people would get vaccinated:

“If you’re a healthy person, and you’re exercising all the time, and you’re young, and you’re eating well … I don’t think you need to worry about this.”

Critics, including US Chief Medical Advisor Anthony Fauci, immediately accused Rogan of missing the point: That if you’re young and healthy, vaccination is more about protecting others than about yourself.

Spotify and Rogan have yet to reply to Rivera’s open letter.