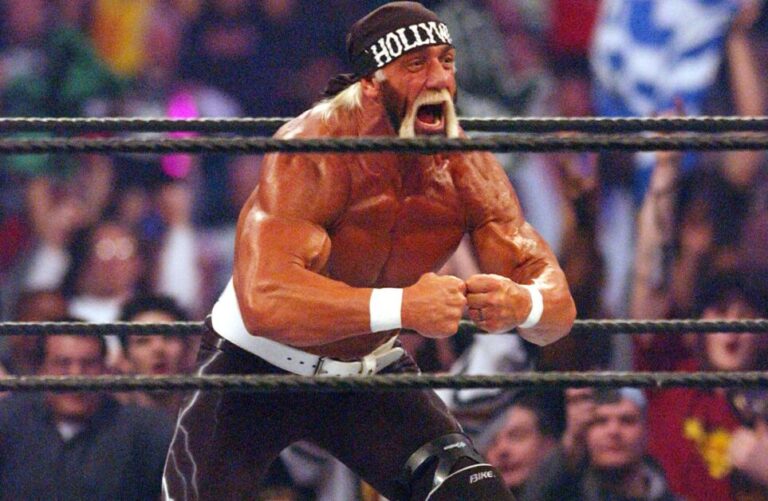 WWE 2K22 is just around the corner, and if that wasn’t enough to get fans excited, the nWo Edition looks fantastic.

Wrestling enthusiasts will finally get their hands on the eagerly anticipated game on March 8.

The developers, 2K, have announced four separate versions of the game. There is, as always, a standard edition, but those who want a little more have been more than accounted for. The company will be releasing The Cross-Gen Digital Bundle and a Deluxe Edition. But there’s one game variation that stands out from the pack.

What features are in the WWE 2K22 nWo Edition?

The WWE Universe will get to indulge in a season pass featuring 5 DLC packs. They contain Superstars new and old. There is also a MyRISE Mega-Boost, and a SuperCharger pack. For those who aren’t ardent fans of the 2K series, MyRISE is the name of the game’s career mode.

In addition, they’ll receive some cracking bonus content. They include two old-school WCW PPV venues, which are yet to be confirmed. Fans will also get a headstart in the new card-based mode MyFACTION. They will get a MyFACTION ‘Gold Pack’, which is bundled with nWo EVO cards.

And if all that wasn’t enough, they will get a special in-game nWo Wolfpac Championship belt.

Which wrestlers are included in the nWo Edition?

Players who purchase the nWo Edition will get to play as the three original members of the New World Order – Kevin Nash, ‘Hollywood’ Hulk Hogan and Scott Hall. Sean Waltman is in the edition under his ring name Syxx.

Eric Bischoff is also included for the first time in a WWE game since SmackDown vs Raw 2007. Although a non-playable manager in the past, 2K have stated that all the Superstars included in the nWo Edition are playable.

What other exclusive items are available?

Perhaps the most exciting revelation is that fans who make the purchase will get access to two brilliant packs.

What is the price of the WWE 2K22 nWo Edition?

The nWo Edition is available for pre-order for £104.99 for PlayStation 5, Xbox and PC, via the official stores for each system/console.

WWE 2K22 has undoubtedly caught the attention of wrestling fans, who are desperate for a new release after over two years without one. They are excited to throw each other over the top rope in the Royal Rumble, unhook the briefcase in the Money in the Bank ladder match and utilise all the game’s unique features.