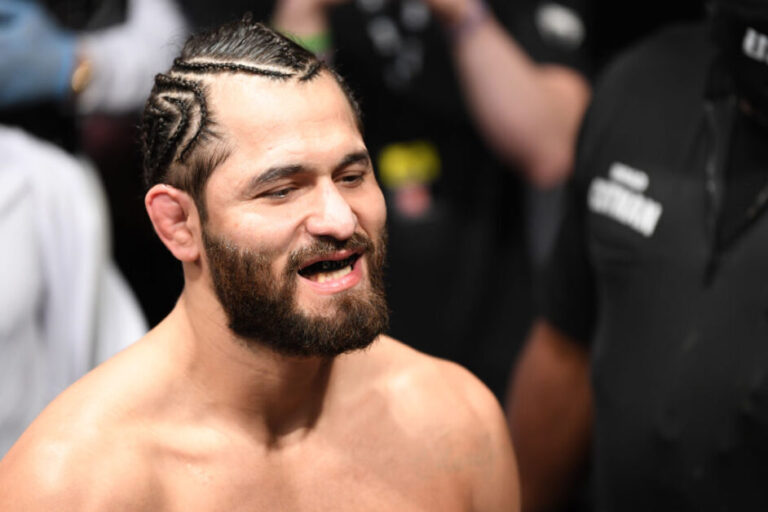 Chael Sonnen rarely minces his words, so it should come as no surprise how blunt he’s been with Jorge Masvidal.

UFC 272, which takes place on March 5, will host one of the biggest grudge matches in MMA history. Masvidal will take on his former friend, Colby Covington, in a clash between two of the best welterweights on the planet.

Read: How did Jorge Masvidal and Colby Covington go from friends to enemies?

The pair of elite 170-pounders can’t wait to get their hands on one another. However, despite the rife nature of their bad blood, they used to be friends. They even lived together while they were training partners at American Top Team.

But as their heated rivalry shows, those days are long gone. ‘Gamebred’ and ‘Chaos’ clashed in 2018 when Covington allegedly refused to pay one of Masvidal’s coaches after winning the interim welterweight title at UFC 225.

This incident sparked a light inside the Miami native, who’s notorious for settling his beef – regardless of whether it’s in or outside of the cage. His anger towards his former pal is fierce. Covington knows this and has goaded him on social media because of it.

Why do both men need a win?

The UFC welterweight division is currently owned by one man – Kamaru Usman. ‘The Nigerian Nightmare’ is the pound-for-pound greatest fighter on the planet. He has beaten every man put in front of him, including Covington, and Masvidal twice.

However, the manner of their losses couldn’t have been more different. ‘Chaos’ pushed the champion extremely hard. They shared two great wars in which both men emerged with massive credit. But unfortunately for Masvidal, he wasn’t even able to come away from his contests with any consolation prizes.

In his first encounter with the king of the welterweights, he lost every round en route to a unanimous decision defeat. However, he had the excuse that he didn’t have the chance to train correctly.

He’d only taken the fight on two weeks’ notice following Gilbert Burns’ withdrawal. Therefore, fans speculated that he could turn it around given an entire training camp. However, that could not have been further from the truth.

At UFC 261, Usman laid Masvidal out cold with a stunning right hand. For the first time in his career, ‘Gamebred’ was seeing stars. Whilst it’s crucial for Covington to get back to winning ways, it’s his arch-nemesis that needs the victory more. He needs to prove that his punch resistance is still there following the shocking finish to his last contest.

‘The American Gangster’, Chael Sonnen, is never afraid to give his verdict on any matter involving MMA. But his comments in his recent YouTube video have put the risk Masvidal’s taking into perspective.

Sonnen said: “These guys have such a problem with one another that they’ll put everything on the line. Even if I lose, I’m going to punch you right in your mouth. Both of them have this mindset, right? Nothing could be better.

“But, in all fairness, I really have got to show respect to Masvidal because this is a career-ending fight. It is that big of a deal. There will be that much attention and that much focus and that much hatred going into this battle.

“Jorge, who is the second biggest draw in combat (sports) right now, he’s coming off of two defeats.”

After UFC 244, Masvidal had gone on a destructive run, defeating Darren Till, Ben Askren and Nate Diaz back-to-back. But just two contests later, he’s fighting for his career.

Fans expect a massive battle at UFC 272, and why wouldn’t they? These two elite contenders despise each other. There’s no doubt that they’ll both be searching for the stoppage.

Masvidal is the biggest star on the planet aside from Conor McGregor. He’s adored by MMA enthusiasts all over the globe. His striking is nothing short of superb, and it’s certainly better than Covington’s.

But opportunities to exploit that will be in short supply. ‘Chaos’ is a sensational wrestler, and he’s not going to stop looking for the takedown. Most pundits expect this factor to be enough to tip the scales in the 33-year-old’s direction. However, it only takes one and should Masvidal land, it is game over.