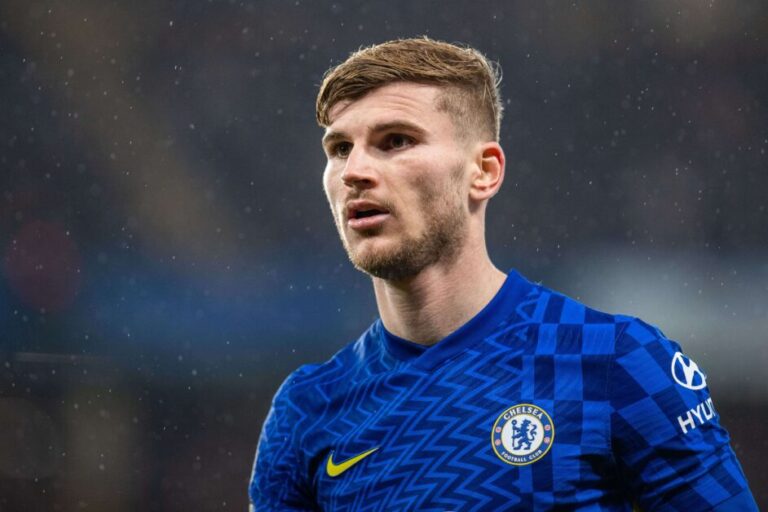 Timo Werner has made some heartwarming revelations to Chelsea fans in a candid interview.

The German striker hasn’t been able to find his best form in front of goal for the Blues. He signed for the club from RB Leipzig in the summer of 2020 for around £48 million.

Werner’s arrival kick-started what turned out to be a major rebuild at Stamford Bridge. The forward was joined by Edouard Mendy, Kai Havertz, Ben Chilwell and Thiago Silva.

He ended his first Premier League season with a respectable eight assists but only scored six goals. A series of big misses categorised his campaign. According to a statistic from Squawka, Werner had missed 21 big chances in all competitions by April.

Whilst Chelsea fans have understandably been disappointed that their big-money signing hasn’t yet delivered from a goalscoring perspective, what cannot be denied is the hard work that Werner puts in. That is what makes him such a popular player.

The German has, on numerous occasions, featured on the left flank for the Blues, even before the signing of Romelu Lukaku. But Werner’s attributes mean a switch to that area of the pitch has made sense.

Whilst his issues in front of goal have been well-documented, his movement off the ball is superb, and he loves to run at defenders. The problem would be if Werner was not getting into goalscoring positions. Put simply, he is. The goals just aren’t going in.

In September, Blues boss Thomas Tuchel explained: “I am sure that we will find games and solutions where we play with both of them [Werner and Lukaku].

Chelsea fans have seen that the Werner and Lukaku partnership can work effectively. In a 3-3 draw at Zenit St Petersburg in November’s Champions League fixture, the German scored twice and grabbed an assist. Lukaku also got his name on the scoresheet, with Werner the player to assist his goal.

Timo Werner scored his first Chelsea goal of 2022 during an FA Cup tie against Chesterfield on January 9. It was the fifth time he has found the back of the net this season.

It may have been a simple tap-in from close range, but Blues fans were indeed pleased that their marksman had got on the scoresheet. His team-mates quickly ran over to congratulate him.

There’s no doubting that times in front of goal have been difficult for Werner. Now, in a candid interview with Premier League journalist Lynsey Hooper (as per Olivia Buzaglo), he has admitted his honest thoughts about his struggles. In addition, he offered massive praise to the Chelsea fans that have continued to support him.

He said: “Sometimes I don’t know why they are supporting me so much, because I’m a striker and I want to score but miss chances.

“It makes it so fun to play in front of the Chelsea fans and when they give the support they give me, it makes me stronger when I miss chances or have hard times. I try to give my best every game, 100% to make sure the team are happy.”

Werner’s 2022 account is now up and running. With huge games against Tottenham and Arsenal coming up within the next month, Blues fans will be hoping he can find his touch in front of goal more regularly. In addition, the contributions in other areas could continue to be vital.

Fan shouts “Werner out” at Chelsea striker during training session

Fan shouts “Werner out” at Chelsea striker during training session