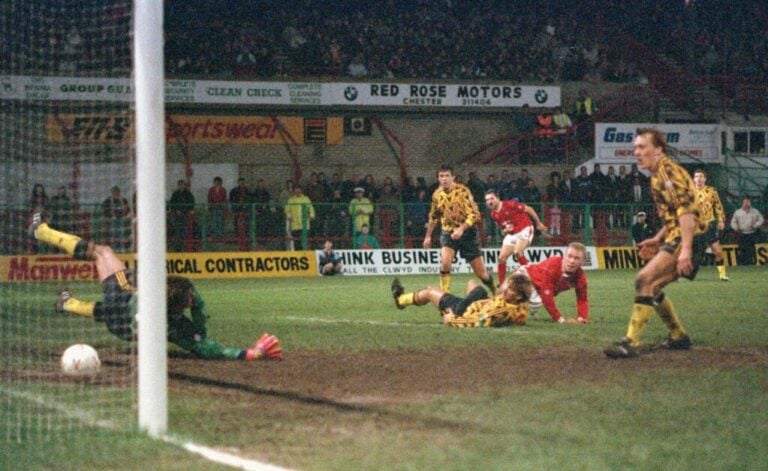 Football fans all love a good cup upset – and the third round of the FA Cup has provided us with plenty of them over the years.

Round three is when the Premier League and Championship clubs enter the equation. For some lower league sides each season, it is the chance to make history. The chance to have your name in lights. The chance to feature on live TV in front of a sell-out crowd.

As you would expect, the big clubs do invariably get the better of their lower-ranked opposition. But there are times where the traditional rules of order are ripped up entirely, and the underdogs manage to pull off an incredible result.

Let’s take a look at five occasions where top sides were left wondering where it all went wrong in the FA Cup third round:

In what was possibly the most extraordinary FA Cup third round result of all time, fifth-tier Southern League side Worcester City pulled off a massive shock back in 1959.

To be clear, this wasn’t the all-dominating Liverpool we all know today. The Reds were stranded in the Second Division, having been relegated in 1954. They hadn’t won a league title in 17 years.

But this was still an incredible result all the same. Tommy Skuse, who was 18 at the time, and an own goal gave Worcester a famous victory. That led to Liverpool contemplating another season without a trophy. They appointed Bill Shankly as manager at the end of the year, and quickly found their way back up the ranks.

If you’re ever watching an FA Cup highlights package from the past, this game will likely appear. It is written in cup folklore. It even has its own Wikipedia page.

The match was a third round replay, and the original clash contained plenty of drama. Hereford equalised late to make the game 2-2 and force a replay at Edgar Street.

It was tough going for the Magpies under challenging conditions, but when Malcolm MacDonald put them ahead in the 82nd minute, a potential cup upset looked to have been avoided. But the hosts equalised through a screamer from Ronnie Radford, before Ricky George scored the winning goal in extra time to write his name into the history books.

Four divisions separated West Brom and Isthmian League outfit Woking when the pair were drawn together in 1991.

Colin West opened the scoring for the Baggies in the first half, and it looked like a big scoreline was on. But the Cards never gave up, and with West Brom on their way to an eventual relegation from the Second Division, Woking grew into the game as it went on. Incredibly, they scored goal after goal.

Tim Buzaglo scored a famous hat-trick inside 15 minutes for the visitors, and despite a late consolation goal for West Brom, the sixth-tier side secured an incredible victory.

This was perhaps the ultimate FA Cup upset.

George Graham’s Arsenal, who had dramatically won the First Division title through a late Mickey Thomas goal at Anfield just three years previously, brought a strong side to the Racecourse Ground, as was more customary in those days. Paul Merson, Lee Dixon, Tony Adams and David Seaman all started.

The Gunners took the lead on 43 minutes against their Fourth Division opposition. Alan Smith put them ahead.

But on 82 minutes, they were pegged back. Their 1989 hero’s namesake Mickey Thomas levelled for the hosts before Stephen Watkin managed to scramble the ball beyond Seaman two minutes later to secure an infamous third round win.

Regardless of the divisions that either side play in at the time, any clash between fierce rivals Manchester United and Leeds United always brings fireworks.

The year 2010 saw Sir Alex Ferguson‘s side drawn against Simon Grayson’s Whites. With two divisions separating the teams at the time – and United the reigning Premier League champions – it looked like there could be only one winner. But this was Leeds.

Grayson’s side had to withstand some early pressure but got their opportunity on 19 minutes. A long ball from Jonny Howson was looped up to the onrushing Jermaine Beckford. He took one touch before sliding the ball underneath Thomas Kuszczak.

Leeds fans were sent into ecstasy, and their side held on to record a crushing blow to their rivals.

Five stars from Round Three of the Carabao Cup