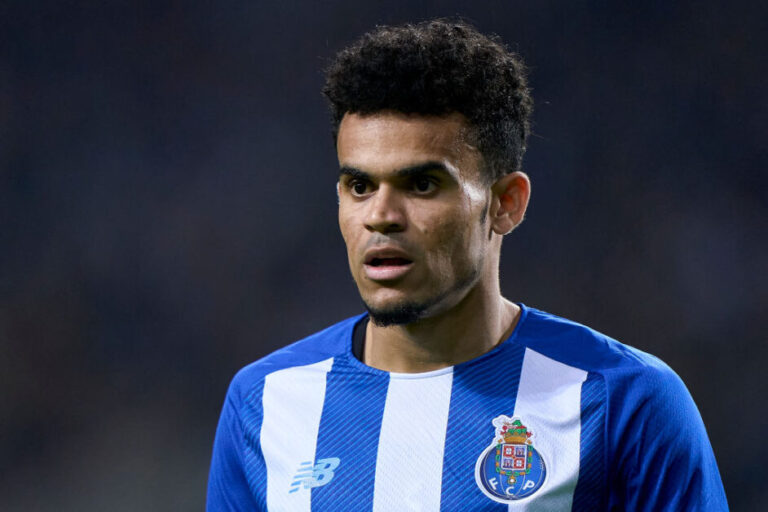 Porto winger Luis Diaz is reportedly closing in on a £60 million transfer to Liverpool in what would be a massive signing for the club.

The Anfield side have well and truly capitalised on the January transfer market in recent years. In 2011, they secured the signature of prolific goalscorer Luis Suarez. Furthermore, without obtaining the services of powerhouse Virgil van Dijk in 2018, Liverpool may not be calling themselves Premier League champions today.

Read: Five of the most successful January transfers of all time

It’s no surprise that they seem set to strike again in this season’s window. But what do we know about their prime transfer target?

Why do Liverpool want Luis Diaz?

Luis Diaz is one of the hottest properties in Europe at the moment. The pacey winger has been bamboozling defences in Portugal’s Primeira Liga with his immense technical ability and sublime set of skills.

His performances have impressed onlookers around the globe. They have also caught the eye of Reds manager Jurgen Klopp.

According to The Sun, the German was preparing to bid for the Colombian in the summer transfer window. But with Mohamed Salah and Sadio Mane bound for the Africa Cup of Nations, it seems now is the perfect time for Klopp to make his move.

Liverpool’s wingers are an integral part of the way they play. Therefore, they must find a requisite stand-in to fill those heavy shoes.

Diaz is more than up to the job. With 12 goals and four assists in 15 games for his club, that is clear. The rising star showed that he could mix it with the very best during last year’s Copa America.

The Porto man produced some excellent showings for his country throughout the tournament. Alongside Lionel Messi, he became the top goalscorer in the competition. He found the back of the net on four occasions.

He was named the ‘Revelation of the Tournament‘ by Copa America organisers – and now he could become a revelation in the Premier League as well.

Reports from South America claim that Diaz wants to play in the top flight of English football. In addition, Liverpool are keenly interested in acquiring his services. There has been no official bid yet, however.

How far can this excting player go?

Diaz could become a vital player for Liverpool. He may only be used as a first-team starter during AFCON to begin with. However, the Colombian international has the potential and the attributes to go on and challenge the likes of Salah and Mane in the future.

The prospect has a ceiling that can only be seen via a telescope. In addition, if he continues to develop at the rate he is now, he’s capable of becoming one of the best players on the planet.

Therefore, when he begins to show signs of his future potential at Anfield, the current crop of Liverpool wingers will inevitably fear that they could go from starting stars to warming the bench.