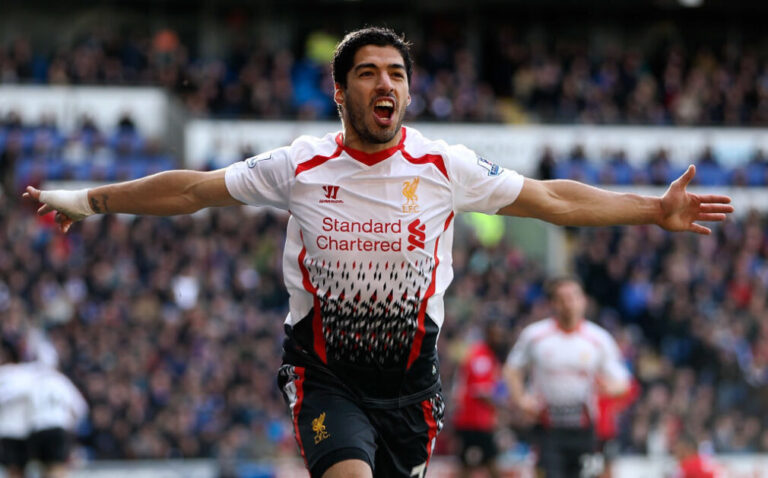 The January transfer window has been utilised wonderfully over the years, with many clubs bringing in vital signings during the winter period.

So with the big deals, drama and tension now well and truly underway, we’re looking at the best transfers that have ever taken place in the first month of the year.

Dani Alves is more well-known for his exploits with Barcelona, but the attack-minded full-back made his name with Sevilla.

He had joined the La Liga club in the summer of 2002 from Brazilian side Bahia, but strong performances eventually led to that move becoming permanent in the January window.

Alves made 250 appearances in all competitions for Sevilla, scoring 16 goals. By the end of his time there, he became a regular for the Brazilian national team. But after Barcelona came calling in 2007, the defender reached new heights.

On January 28, 2011, Liverpool secured the signature of Luis Suarez for a fee of around £22.7 million. It wasn’t even the biggest Reds signing of the week (enter Andy Carroll). But it was the former Ajax man who was destined to set the world alight. The rest, as they say, is history.

Suarez went on a path of destruction in the Premier League, with defences all over the country fearing the day when they would have to encounter the intimidating player.

The Uruguayan became a legend at the Merseyside club after scoring 69 league goals in 110 appearances. His remarkable technical ability combined with his incredible eye for goal provided the perfect ingredients to create one of the best strikers the Premier League has ever seen.

Therefore, there’s no doubt that he’s one of the best January signings in the sport’s history.

In 2007, an 18-year-old Brazilian prospect arrived at the Bernabéu. But nobody knew how much of an instrumental player he’d become. During his time at Real, Marcelo has become one of the best left-backs on the planet. Renowned for his diverse skillset, the 33-year-old was, in his prime, capable of impressive trickery to glide past his opponent’s backline whilst maintaining his defensive role.

Due to his attacking prowess and silky skills, Marcelo has been compared to the legendary Roberto Carlos, who believes that his successor is an even better player in one area than he was.

As per Opera News, the icon said: “Marcelo possesses a better technical ability than me.”

In 2018, Virgil van Dijk signed for Liverpool for a whopping £75 million. Since then, the Dutch defender has announced himself as arguably the best centre-back in the world.

The 6ft 4in pillar of defence utilises his physical size to insert his presence into every game he plays. He easily bullies opposition strikers off the ball and has been a massive part of why Liverpool have become so successful.

His leadership qualities were a massive factor in helping Jurgen Klopp‘s men win their sixth Champions League title against Tottenham Hotspur in 2019.

More importantly, however, Liverpool may not be calling themselves Premier League champions today without his superb performances week in week out. He is simply one of the best January signings of all time.

Not many people in England had heard much about Nemanja Vidic when he joined Manchester United in January 2006.

After moving from Spartak Moscow, the Serbian colossus spent over eight years with the Red Devils. He won 15 trophies with the club, including five Premier League titles, and established himself as one of the best centre-backs in world football.

When an opposing striker faced off against Vidic, you could almost always guarantee who would come out on top. It wouldn’t be the striker. His strength, aerial ability and pure defensive nous were up there with the very best to have played the game.

His supreme performances earned him the accolade of Premier League Player of the Season twice. The defender formed a strong partnership with Rio Ferdinand at the heart of United’s backline and became one of the most reliable figures of the Sir Alex Ferguson era.