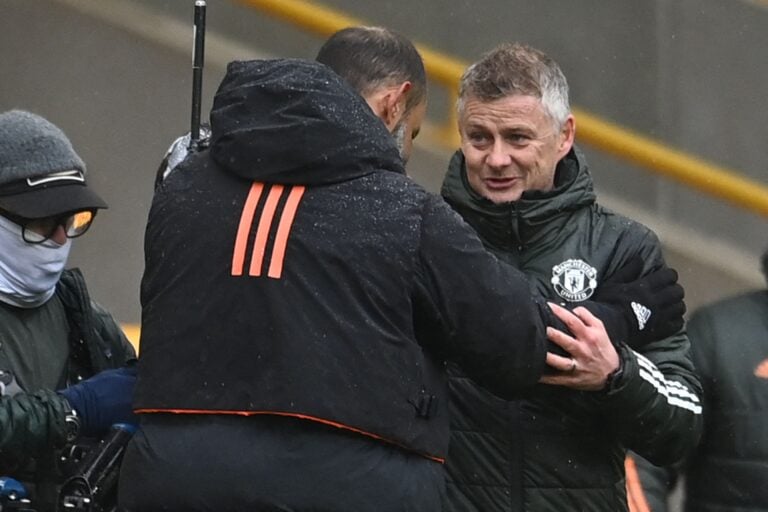 Another weekend of hotly-anticipated sporting action is almost upon us for fans to sit down and watch.

It seemed like viewers were spoilt for choice last week, with Liverpool‘s crushing 5-0 victory over Manchester United, Formula 1‘s United States Grand Prix and cricket’s T20 World Cup some of the leading lights on offer.

Let’s take a look at five sporting events to watch this weekend (all start times in UK time):

It has been widely reported that the Norwegian has effectively just three games to convince United that he should remain in the role, starting with Saturday’s trip to Tottenham Hotspur. Spurs aren’t exactly firing on all cylinders either, winning just two of their last six Premier League games. It may be a cagey affair, but the outcome will be intriguing.

There’s another jam-packed weekend of European football coming up. Tonight, Paris Saint-Germain take on last season’s champions Lille in Ligue 1, while Barcelona begin life after Ronald Koeman with a LaLiga clash against Alaves on Saturday.

Then, on Sunday, Roma – with Jose Mourinho back on the touchline after his sending off last week – take on AC Milan, who are joint top of the Serie A standings having not lost a league game all season. That should definitely be a hard-fought contest

It’s the big one – the old enemies are set to face off in the T20 World Cup.

Both have recorded two wins out of two so far in the group stage. Both have the power, the skill and the bowling guile to put the other to the sword. And it’s England v Australia. What more could you want?

UFC fans have had to wait a little longer to witness the headline fight of a packed UFC 267 card, with Blachowicz v Teixeira due to take place last month.

Blachowicz is preparing for his second defence of the UFC Light Heavyweight Championship – his first a unanimous decision victory over Israel Adesanya back in March. Teixeira, meanwhile, is number one in the light heavyweight rankings and is looking to win the title he last challenged for seven years ago. It’ll definitely be one to watch.

Check out Adam Catterall’s predictions for the UFC 267 card here.

There’s another packed schedule of NFL action over in the US to enjoy this weekend.

The highlight of the televised action on Sky sees the Vikings (second in the NFC North Conference) host the Cowboys (top of the NFC East Conference) at the U.S. Bank Stadium. The top two sides in the AFC Southern Conference – the Titans and the Colts – go head to head, whilst the Chargers take on the Patriots.