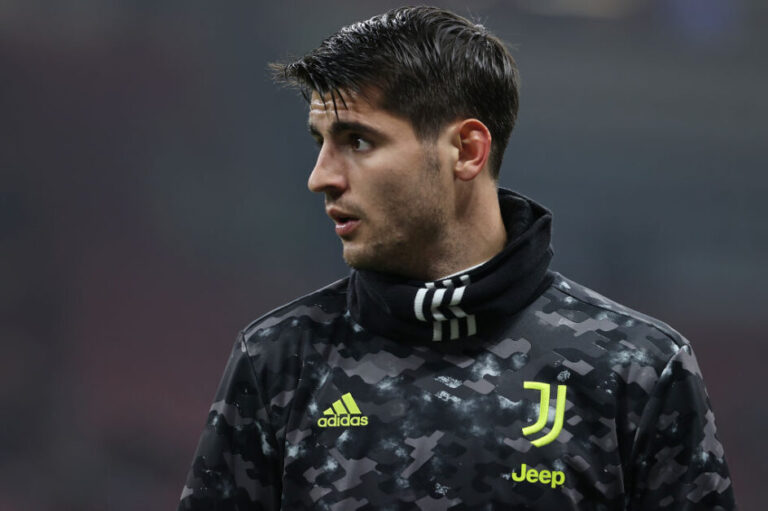 Alvaro Morata is caught in the middle as Juventus and Atletico Madrid battle it out for his services next season.

The Spaniard headed to Turin on loan in 2020 for a second spell with the Italian giants. Juve paid an initial €10 million with the option to extend the deal should they see fit.

At the start of the season, the Serie A champions chose to trigger this clause, providing them with Morata’s services for the 2021/22 campaign. They also have the option to purchase the forward on a permanent basis for €35 million in the summer.

The 29-year-old has scored 16 goals in his 55 appearances since returning to the Allianz Stadium. But he might want to play his football elsewhere after Juve’s activity in the January transfer window.

The two-time Champions League winners bagged the signature of Serbian wonderkid Dušan Vlahović. That could result in Morata featuring on the bench far more frequently. After speculation of a move to Barcelona or the Premier League throughout the month, the striker’s future is currently unclear.

And now Atletico Madrid have muddied the waters even further.

According to Corriere dello Sport, Juve manager Max Allegri desperately wants to keep Alvaro Morata. But he does not want the club to pay the initially agreed price. Instead, he only wants them to depart with just €18 million.

However, the same report also claims that Atletico want to bring Morata back. Despite not having played for the club for over two years, the Spanish giants see the forward as the perfect man to take over Luis Suarez‘s mantel. Suarez is out of contract at the end of the current season.

Both clubs seemingly need the gifted player in their squads. The issue is deepened even further by reports, as per the Daily Express, Joao Felix also wants to leave the reigning La Liga champions.

Despite their addition of Vlahović, Juve could do with an extra striker. Paulo Dybala’s contract expires this summer, and there is uncertainty about his future. Losing two attacking threats, particularly with the club suffering from financial issues, would be nothing short of an absolute nightmare.