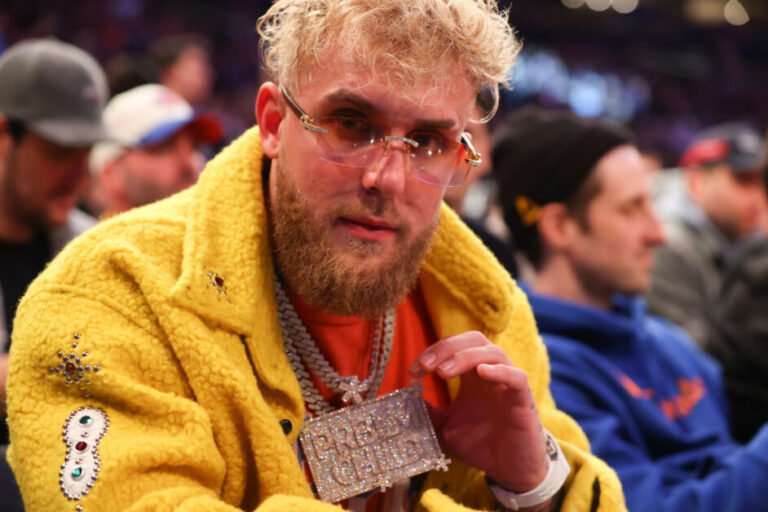 Jon Anik has broken down why he believes AEW star CM Punk had more commitment to making it in MMA than Jake Paul does.

The controversial boxer has captured the world’s attention with his controversial antics and explosive knockouts. His highlight-reel finishes over UFC stars Ben Askren and Tyron Woodley have angered the company no bounds.

Their president, Dana White, has been embroiled in a war of words with the YouTube star, who has claimed that he’d like a fight in the Octagon.

On New Year’s Day, Paul took to Twitter to make a public offer to the notorious businessman.

He said: “You have five days to accept and to implement the above by March 31, 2022. Once implemented, I will immediately retire from boxing, enter USADA and agree to a one-fight deal with UFC to fight weak chin, Jorge.”

However, with the relationship between the pair being as frosty as it is, it’s unlikely that we’ll ever see Paul in the UFC. But that doesn’t mean that the likes of Bellator and PFL won’t take advantage of his market value.

However, sport is about more than just financial gain. To compete at a high level, you have to have the dedication and will to train, and UFC commentator, Jon Anik, doesn’t believe Paul has that.

Is Jake Paul another CM Punk?

In 2016, one of the most prominent wrestlers on the planet left the world of professional wrestling to focus on his dream of becoming a UFC fighter. The ‘Best in the World’ put in years of hard work. He couldn’t have wanted it anymore. But ultimately, it still wasn’t good enough.

CM Punk fought twice in the UFC. He lost his first bout via submission against Mickey Gall—a martial artist with far more experience. But despite the one-sided defeat, the Chicago native wanted another crack. He took on Mike Jackson, but his lack of skills played dividends.

However, despite the defeat, he’d achieved a goal of setting foot in the cage that nobody could take away from him. But UFC commentator Jon Anik doesn’t believe that Jake Paul would be as committed to fighting in the company.

In an interview with DAZN, he said: “I just don’t think that he wants to scratch a competitive itch. I think he is legitimately passionate about boxing. CM Punk, for lack of a better example, needed to scratch that itch.

“But Jake Paul’s not going to have a better retirement or enjoy any part of his life by scratching that MMA itch. I don’t think that he wants to devote his training life the way he’d need to become a mixed martial arts athlete.

“I don’t think we see Jake Paul in the UFC. But if we do, hopefully, the matchmaking is done in an appropriate way.”

What happened to CM Punk after UFC?

Punk has since retired from MMA. And despite the nature of the defeats, he’s remained just as popular in wrestling circles as when he left. Since signing with AEW, the 43-year-old looks as good as ever.

However, an unsuccessful run in MMA may be much more detrimental for Paul. His image relies on victory. A loss could completely destroy his aura. So given Punk’s lack of success, is it even worth the YouTuber’s time and effort?

The social media icon has a genuine combat sports background. He wrestled at Cleveland state level in high school, and as we’ve all seen—he knows how to use his hands.

The idea of him putting together a few wins in another promotion against carefully selected opposition isn’t impossible. So we could potentially see Jake Paul in the Octagon in a few years – if he is serious about stepping into the sport.