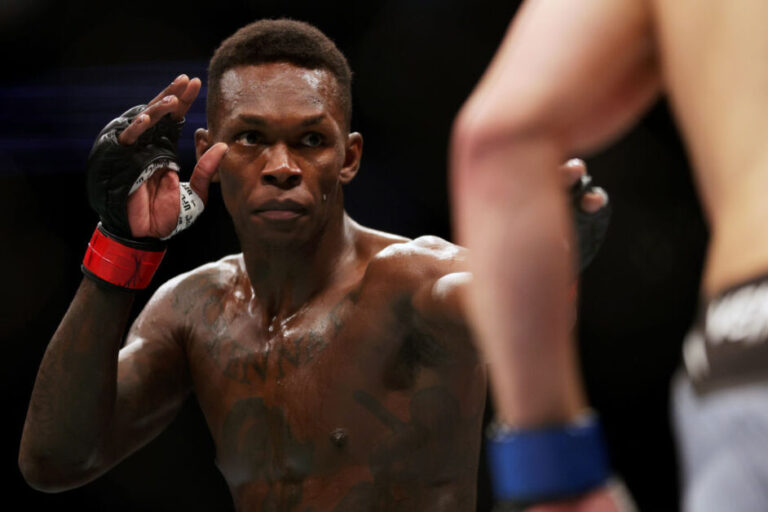 The super-fight between Israel Adesanya and Jon Jones looks like it may be back on the table after the middleweight champion attacked his rival with a damning tweet.

‘Stylebender’ defeated Robert Whittaker at UFC 271 via a controversial unanimous decision. Despite starting strongly with a first-round knockdown of his opponent, many felt that ‘Bobby Knuckles’ deserved to get the nod after showcasing his superior grappling as the contest wore on.

The coverage of the fight received such a backlash that Michael Bisping had to address the criticism of his ‘pro-Adesanya’ commentary via his social media. But regardless of what a large portion of the fanbase felt, others viewed Adesanya as the victor. And ultimately, the judges agreed.

So with the path to middleweight glory still running firmly through New Zealand, the focus has turned to who the 32-year-old could fight next.

Aside from a Whittaker trilogy, exciting collisions with Jared Cannonier and Sean Strickland are also available. However, the score many UFC fans want to see settled is the grudge between the champion and the greatest of all time.

The potential of a match-up between Style Bender and ‘Bones’ has had fans bursting with anticipation for years. These two men don’t like each other, and they’ve made no effort to disguise their feelings.

Adesanya has begged the former light heavyweight champion for a fight. But his efforts have gone in vain, with Jones insisting that the levels between them would render any contest between them a mismatch.

However, the American is partial to a grudge match. And with this latest social media post, Adesanya has pushed the boundaries further than ever before.

He reposted an image of a man wrapping his hands with the caption: “Jon Jones wrapping a Valentine’s Day gift for his fiance.”

The picture in question seemingly refers to an incident that occurred on September 24.

Police responded to a “domestic disturbance” and found the fiancee of Jon Jones with blood on her face and clothing. The officers arrested Jones on suspicion of domestic battery.

As reported by TMZ, Jones took a plea deal. He pleaded no contest to another charge of destroying property of another, for which he was forced to pay a fine in the region of $25 to $250. The domestic battery charge was dropped.

This sensitive issue is one that the 205-pound athlete won’t want to be highlighted. He’s yet to respond to his rival. But it’s likely that when he does, he’ll be hitting back with a vengeance.