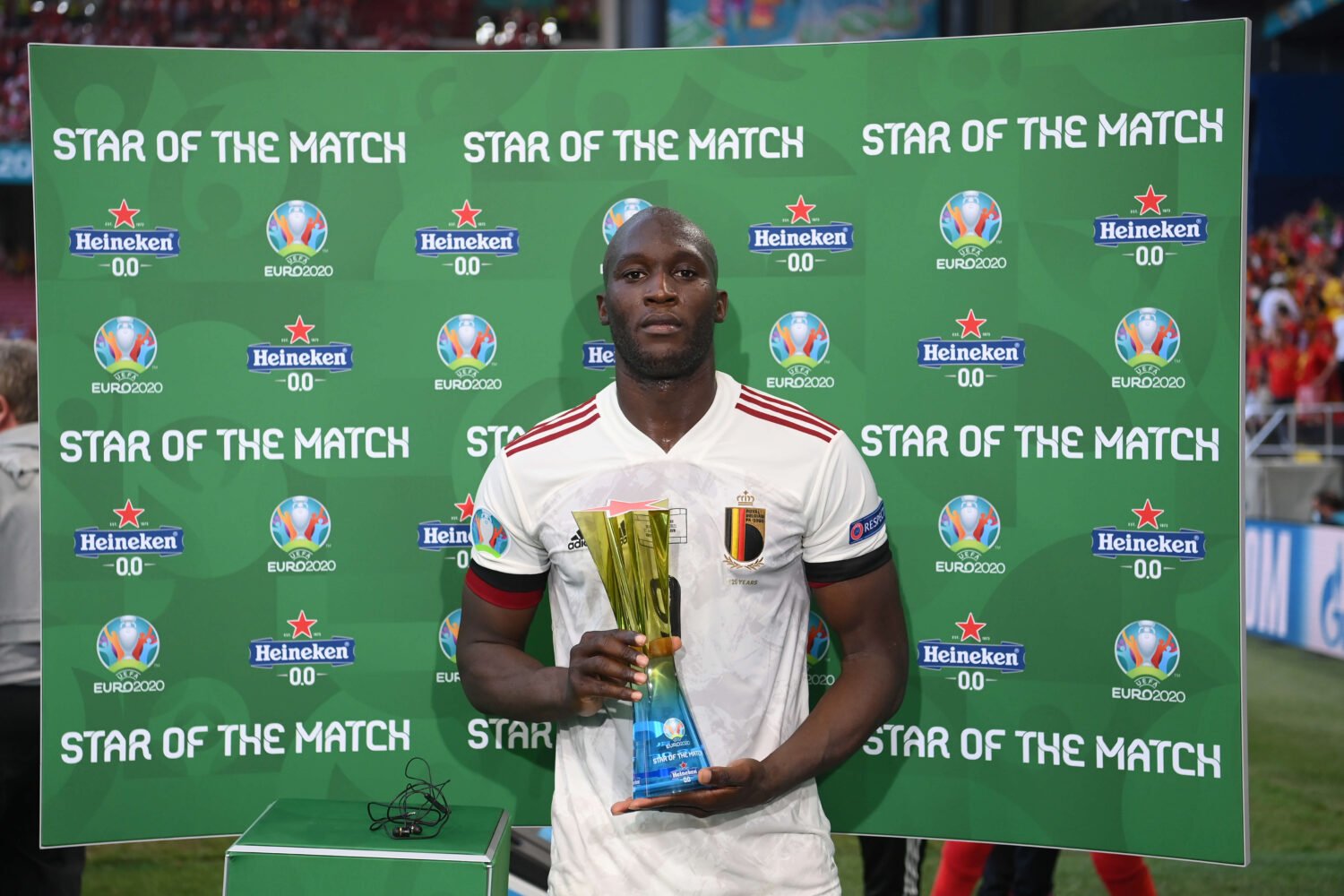 Belgium striker Romelu Lukaku has become the latest footballing figure to be involved in what has been dubbed as ‘Coca-Cola gate’.

The controversy began on Monday, when Cristiano Ronaldo removed two bottles of Coca-Cola prior to his press conference.

Coca-Cola reportedly saw $4 billion taken off its market value as a result of Ronaldo’s action.

Italy midfielder Manuel Locatelli then did the same after he scored a brace in Italy’s 3-0 win over Switzerland on Tuesday night.

Now Lukaku has had his say, and jokingly suggested that Coca-Cola call up his management team, Roc Nation Sports, about working together.

He simply said: “Coca-Cola, call Roc Nation, we can work together.”

Lukaku’s Belgium beat Denmark 2-1 in Copenhagen, after goals from Thorgan Hazard and Kevin De Bruyne in the second half.

The victory confirms Roberto Martinez‘s side’s place in the last-16 of the competition.

Lukaku’s comments occurred just hours after Ukraine forward Andriy Yarmolenko added his name to the fast-growing list of footballers that have mentioned Coca-Cola this week.

Unlike Ronaldo, though, Yarmolenko took a rather move positive approach to the drinks company.

At the end of his press conference, he exclaimed: “I’m taking Coca-Cola. I’m taking Heineken. Get in touch with me!”

With another three Euro 2020 group games scheduled for today, we’re sure to see even more developments in this story as the on-pitch action continues.