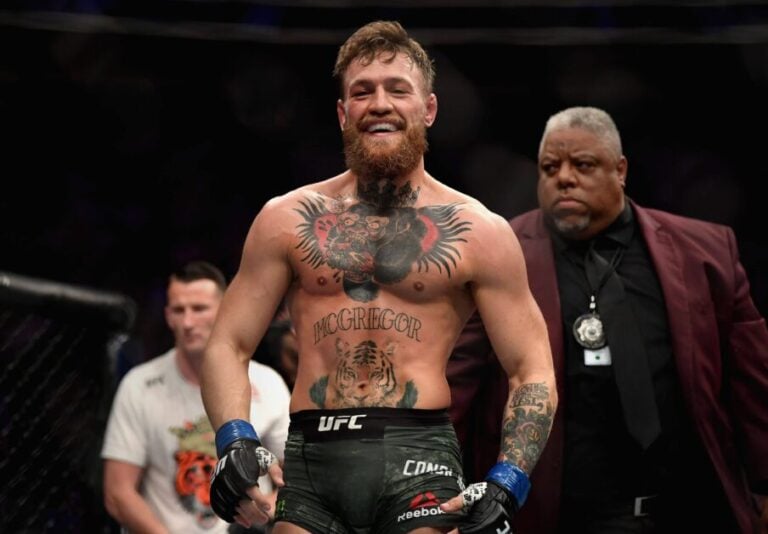 Mixed martial arts (MMA) is one of the most popular, and fastest-growing, sports in the world. A new study has shown it is making huge strides financially as well.

Much has been made about the fighter pay issue currently hanging over MMA and the UFC. Francis Ngannou, for instance, collected a purse of $600,000 for his UFC 270 win over Cyril Gane. That contrasts the $30 million that heavyweight boxing champion Tyson Fury collected when he defeated Deontay Wilder last year.

Ngannou told ESPN that he would no longer fight for such sums in the UFC. That has opened up the possibility of the Cameroonian leaving the promotion altogether.

Several fighters have come out in support of Ngannou. Tito Ortiz has backed him over the issue, whilst Mark Hunt has also been critical of the UFC.

But fighter pay has actually increased by a fairly big margin in MMA in the last five years – although it is still small compared to fellow major sports.

According to a new study by Parimatch, who have collected UFC fighter pay data and compared them with salaries from other sports, MMA has been the fastest growing sport financially in the last five years.

The data shows that UFC fighter earnings have increased by an average of 15 per cent annually over the last five years.

However, the payments in MMA still pale in significance compared to other sports. Top NFL stars, for instance, earn on average a sum of £533,490 per match, over 17 games. Compared with Ngannou, who makes similar money per fight but with far fewer events in a year, it shows the difference.

Here is the average salary that the top 100 players in the top sports earn per event:

Who are the most well-paid athletes in the world per event?

Another metric that sums up the UFC fighter pay situation is that of the most well-paid athletes globally, in terms of their earnings per event, in 2020.

Parimatch data shows that Khabib Nurmagomedov was paid over £3.5 million for the one event he participated in during 2020. That puts him in second place in the overall rankings of sport’s biggest earners per event, behind the NFL’s Dak Prescott.

Conor McGregor, meanwhile, is in fourth place. He earned over £1.7 million for his one event during 2020.

Meanwhile, both Khabib and McGregor earn vast sums of money from other areas outside the Octagon. McGregor earned £120 million from other events outside of the UFC, including his own business and brand partnership. His £137 million total earnings between May 2020 and 2021 was more than any other athlete.

Here are the top 10 athletes in this particular metric: