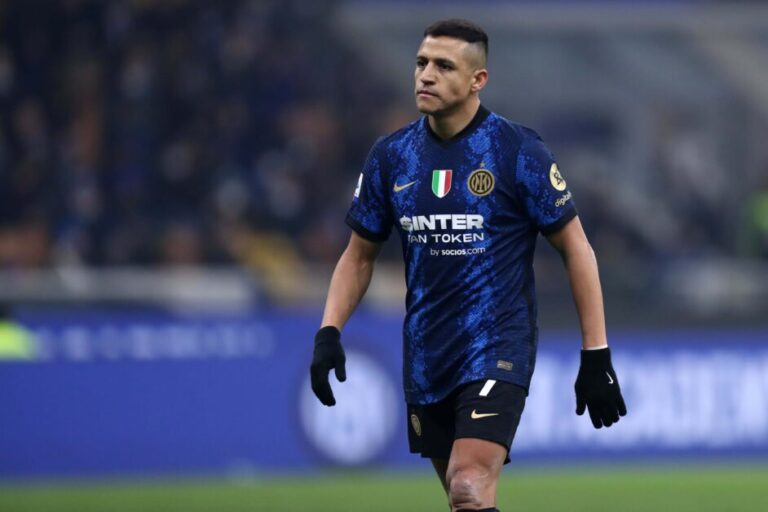 Olivier Giroud ran into his old teammate, Alexis Sanchez, in the Milan derby on Saturday. But their meeting was anything but a happy reunion.

The duo played together at Arsenal for four years between 2014 and 2018. They formed a largely successful partnership during that time, winning two FA Cups and a Community Shield together before Sanchez travelled north to Manchester United.

But the Chilean struggled to find his best form at United and decided to move abroad. Following a year-long loan spell at Inter Milan, he joined the Italian club permanently in 2020. A year later, after a spell at Chelsea, Giroud joined him at the San Siro. But instead of signing for Inter, he moved to their rivals, AC Milan.

Read: Serie A plans huge 20-team tournament in the United States during the World Cup

The former teammates collided in a Serie A fixture which didn’t disappoint. With Inter four points clear at the top of the table, the Rossoneri needed a victory, which created an excellent dynamic.

The league leaders scored inside the first half. Ivan Perisic fired the ball home following a wonderfully delivered corner. They fiercely defended their lead as Milan looked to strike back.

With less than 15 minutes left to go, a comeback looked unlikely. That was until the ball clumsily found its way to Giroud following a deflected shot. He slid in and put the ball into the back of the net to level proceedings.

However, the 35-year-old wasn’t done yet. He produced an excellent turn to beat his man and fire home again. He had won the game for his side.

One of the game’s key talking points came with the scores still at 1-0 to Inter.

Giroud was desperately searching for an equaliser that he couldn’t seem to find for extensive periods of the game. His anger rose until it reached boiling point. The ball landed at the feet of Sanchez, who began dribbling upfield when suddenly his former teammate crashed into him like a fast travelling steam engine. The bamboozled Chilean tumbled towards the floor.

Although we’re sure Sanchez didn’t see it that way, it was a challenge fit for a big derby.

With their win, Milan have now reduced the deficit to just one point at the top of the Serie A table, as the race for the title heats up. So for Sanchez, the game couldn’t have gone much worse. Not only did his side lose the game, but he was sent flying by his former teammate. Talk about a bad day at the office.