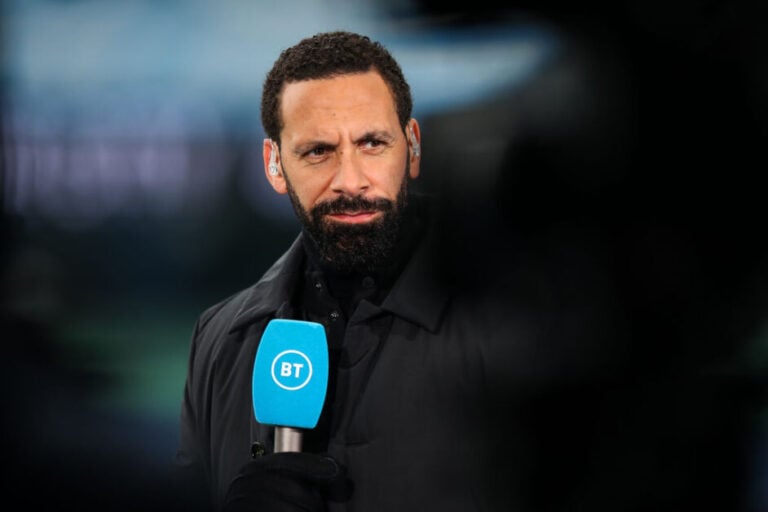 Rio Ferdinand has offered his opinion on the reports linking Marcus Rashford from a move away from Old Trafford.

Fabrizio Romano reported on Monday morning that the Manchester United forward was “considering his future” at the club due to a lack of minutes.

The report followed United’s 4-1 thrashing to neighbours Manchester City. Rashford came off the bench in the second half but failed to make an impact. Furthermore, Anthony Elanga was selected ahead of him to start the game.

Rashford and his representatives have since rubbished the claims, as per the Daily Mirror, stating that the forward wants to prove himself at the club.

But the existence of the reports marks another negative footnote in what has been a rough season for the Red Devils.

Marcus Rashford has struggled for form under Ralf Rangnick this season – just as he did under Ole Gunnar Solskjaer in the first half of the campaign.

Across 24 games this season, Rashford has registered just five goals. Compared to last season, his goal tally has seriously dropped. The England international scored 21 across all competitions last season, having scored 22 in the previous campaign.

Marcus Rashford is currently under contract at Old Trafford until 2023. Although, should he choose to leave, there will undoubtedly be a host of clubs looking to snatch him up.

What did Rio Ferdinand say about Marcus Rashford?

Rio Ferdinand, via his YouTube channel ‘Vibe with FIVE‘, took the opportunity to send Rashford a message after reports about his future emerged.

Ferdinand believes that these comments are only okay if the player is performing. However, the former England defender doesn’t think that Rashford is performing well enough right now.

He said: “You can only talk like that when you’re performing and scoring, and Marcus isn’t doing that right now.

“I watch him, and he looks like he’s got the weight of the world on his shoulders. I’ve seen it for weeks. He doesn’t look happy.

“The Marcus Rashford that came in, that was United, he had energy, spark, quality, aggression, spark, work ethic.

“Those things aren’t what I’m seeing right now. If he’s brutally honest with himself, he would admit that.

“I don’t know where this information has come from, but I hope it’s not from Marcus’s camp because I’d be embarrassed if it had because he’s not scoring, which is his job, and hasn’t been decisive.”

He added: “He used to be electrifying, but I don’t see that energy right now. He doesn’t look happy, man.”