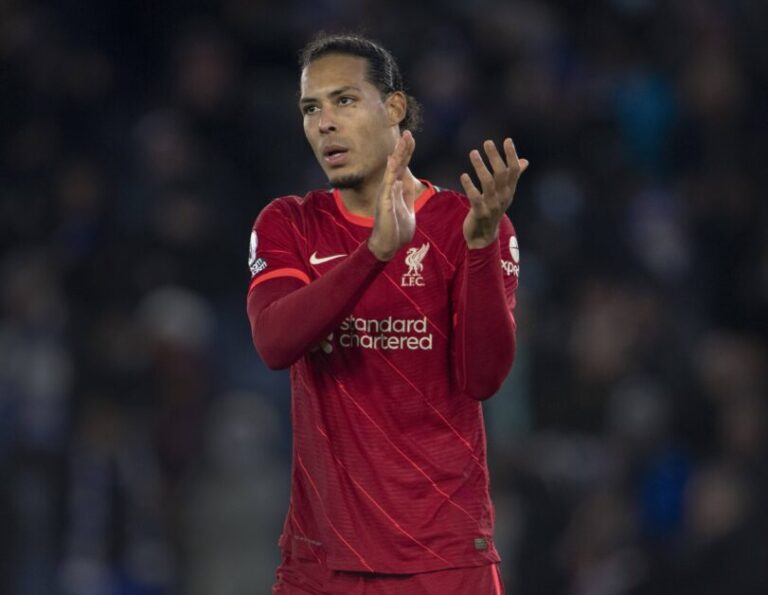 Virgil van Dijk has established himself as one of the finest centre-backs in world football since his move to Liverpool in January 2018.

The Dutch defender was widely seen as the missing piece in the puzzle for Jurgen Klopp’s side when he joined the Reds from fellow Premier League side Southampton.

However, few could predict the sheer impact that van Dijk would have on Liverpool’s fortunes. He has helped the team to the Champions League and Premier League titles in his time at Anfield – and there could be more silverware on the way this season.

After being appointed as manager in 2015, Klopp steadily built a rigid spine to his squad. Liverpool completed the signing of Sadio Mane in the summer of 2016 before Mohamed Salah joined a year later. Then, in the transfer window following van Dijk’s arrival, the club finalised deals for Brazilian duo Alisson and Fabinho.

All five players have played a significant part in Liverpool’s success. But perhaps none more so than van Dijk.

What has made van Dijk so good at Liverpool?

What has been noticeable throughout Virgil van Dijk’s time at Anfield is the consistent levels of performance he can put in. When an opposing attacker comes up against the imposing Dutchman, there usually is only one result.

His calmness and composure on the ball are up there with the best centre-backs in the world. He is exceptional in the air, making him a serious threat in both boxes.

And then there is the pure power and pace, allowing him to brush the opposition off the ball with ease, break down passing lanes or get in a crucial tackle.

Simply put, Virgil van Dijk has proven himself as a complete defender. If not for a severe knee injury last season, the 30-year-old could have added to the four trophies he has already won at Anfield.

He has been a brick wall. In the 2018/19 season, no opposing Premier League player managed to dribble past him. By the end of the next campaign, that figure rose to just eight.

But how does van Dijk keep up his excellent standards consistently over time?

In an interview with Dutch newspaper De Telegraaf, van Dijk admitted the importance of overcoming mental barriers of the press and social media whilst still setting high bars for himself.

He explained: “I have set the bar high myself. When you’re on the pitch, everyone thinks you’re 100 per cent, and I understand that. You’ve won all those awards, and so that’s become the standard.

“I know that I do everything I can to stay at the top level, but we live in an age where everyone has an opinion, especially on social media. That can have an impact on your well-being. You can easily go under.

“Football is super important in my life, but there is still something above. That’s my family. As long as there’s nothing wrong with them, I can manage everything else well.”

How has van Dijk performed for Liverpool this season?

Virgil van Dijk quickly found his best form after returning from the knee injury that forced him to miss the majority of last season.

Before he tested positive for Covid-19 in December, he had started each of Liverpool’s 16 Premier League games. At that time, the Reds had conceded just 12 goals.

Speaking to Liverpool’s official website on the fourth anniversary of the Dutchman’s signing, Jurgen Klopp believes that van Dijk is back to the peak of his powers.

He explained: “The rehab worked really well so he came back in a really good shape, needed some rhythm and it was very important he got that rhythm.

“He is now back to his best for sure and what helps us a lot, and what helps him a lot, is that we have options around, that we don’t have to push him through in moments where his body is giving a sign that it needs to step aside for a moment, that’s very helpful and why the situation is very good.”