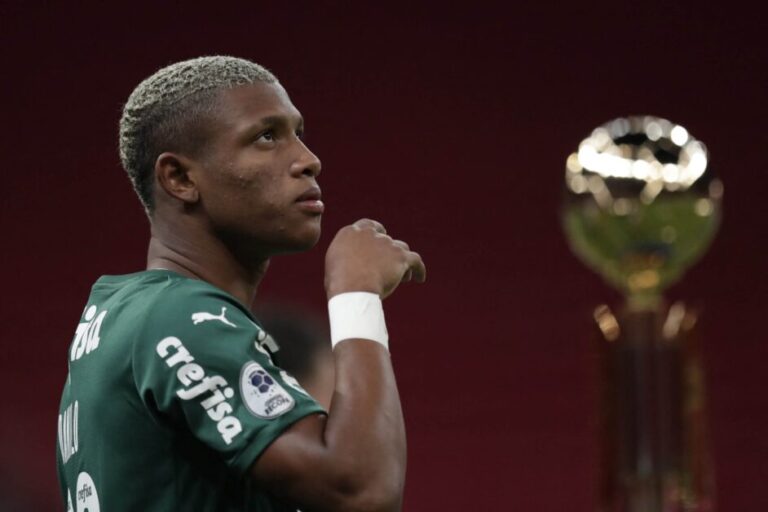 Arsenal have reportedly submitted a bid of around €25 million for Palmeiras midfielder Danilo as they look to bolster their midfield in the January transfer window.

That is according to Brazilian outlet R7. They claim that the Gunners are looking for a replacement for Thomas Partey, who has travelled to play in the Africa Cup of Nations.

The Ghanaian international will miss at least five games for Arsenal whilst he is away from the club. With Mohamed Elneny also playing in AFCON for Egypt and Ainsley Maitland-Niles having gone out on loan to Roma, the Gunners’ midfield is starting to look threadbare.

But who is their latest target? Let’s take a look:

Why Danilo is so highly-rated in Brazil

One big reason for the excitement surrounding Danilo is his experience at the age of just 20. Despite only making his Palmeiras debut in 2020, he has already racked up 83 senior appearances in all club competitions and is a crucial part of the midfield.

Standing at 5ft 8in, the midfielder is incredibly comfortable on the ball and can play a range of different passes.

He also has a strong engine, meaning he can take the ball past defenders and glide beyond them. Reports in Brazil have credited the midfielder for his exceptional work rate – something that the Gunners will dearly miss in Partey’s current absence.

Danilo looks like an exciting prospect, and one Arsenal fans can perhaps start to look forward to seeing at the Emirates Stadium shortly.

According to WhoScored, Danilo has recorded a respectable 86.1 per cent passing accuracy during the 2021 Brasileirao season. That is only bettered by two Palmeiras midfielders who have played over five games.

He also records an average of 0.8 key passes per game. In addition, the midfielder averages 1.1 dribbles per game – a figure lower than only two other members of the Palmeiras squad (more than five appearances).

Danilo has three goals and two assists this season from 36 appearances in all competitions from midfield. He made 13 appearances in the Copa Libertadores competition, including the final. Palmeiras lifted the trophy for the second consecutive year after being Flamengo 2-1 in extra time in November.

Which other top players have played for Palmeiras in the past?

Palmeiras has been somewhat of a breeding ground for some of the country’s top stars, and the club is one of the giants of Brazilian football.

Palmeiras was also the first senior club of Manchester City forward Gabriel Jesus. His 17 goals in 35 games in the 2016 domestic season caught the eye of Etihad scouts.

Going further back, Brazil legends Djalma Santos, Roberto Carlos and Rivaldo all played for Palmeiras during their career.

Danilo may not be at their level, but Arsenal fans will undoubtedly be encouraged by the plethora of young talent developed at the Brazilian giants throughout their existence. Mikel Arteta will be hoping that if this deal does come off, the young midfielder will make a significant impact at Arsenal.