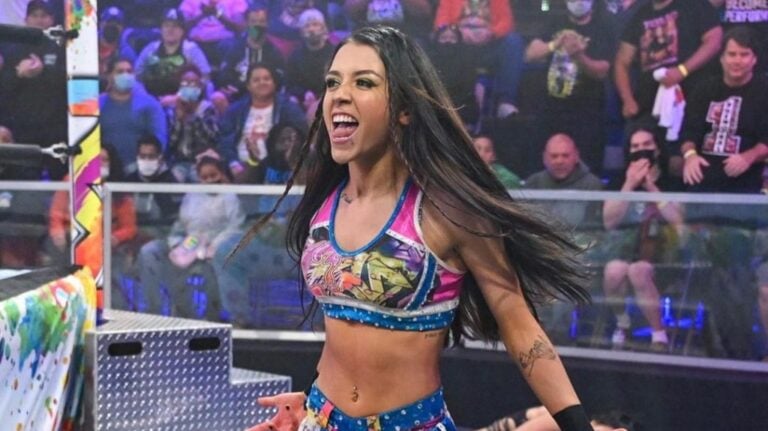 According to recent reports, Triple H believes that young WWE star Cora Jade has the potential to become “the next Sasha Banks,”

Triple H took over as the WWE Head of Creative from Vince McMahon in July. In September, he stepped into the role of Chief Content Officer.

Furthermore, according to SE Scoops, WWE plans to bring back even more female talent. This is apparently in order to “restock the women’s division with several TV-ready, experienced women’s wrestlers,”

However, it’s reportedly not just talented female wrestlers of the past that Triple H wants to invest in.

“Everybody loves Cora. She’s on the fast track to becoming the next Sasha Banks. She has the same thing Sasha has, she’s talented she’s got this unique look about her, she’s super young and she’s pretty decent in the ring, right? The potential of her becoming a big deal is high and WWE sees that.”

When will Cora Jade get promoted to the main roster?

At the time of writing, Cora Jade is coming up to her second year on the NXT roster, where she is a former NXT Women’s Tag Team Champion.

Right now, there is yet to be any information on whether she’ll be promoted to the main roster. However, Give Me Sport reports that WrestleVotes believe, “they wouldn’t be surprised if she’s given more time in NXT to develop.”

Speaking about her time in NXT, Cora Jade told Fightful, “WWE is a very exciting place right now and I can only imagine that it’s going up from here,”

“I can’t wait to see what the next era is,” she continued. “The Generation of Jade will still be going strong, no matter what.”

So, all eyes are on Cara Jade to potentially become a household WWE name in the next few years.