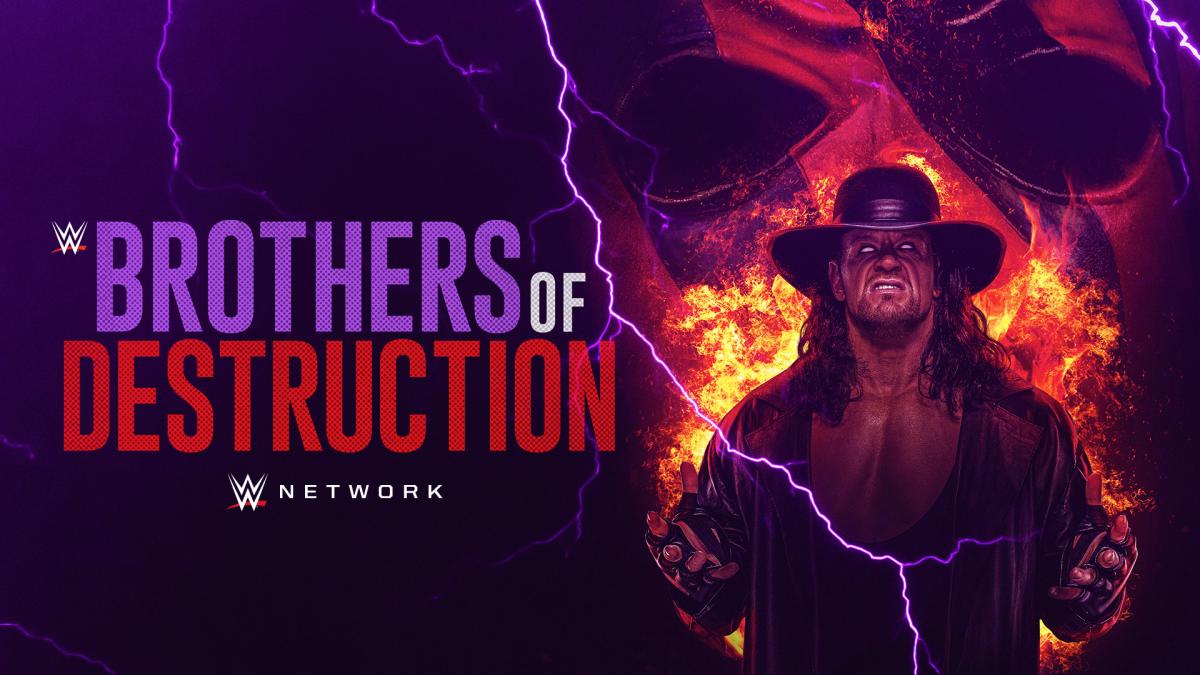 When the WWE announced that Survivor Series 2020 would be the Undertaker’s ‘Final Farewell’ I will admit that I was perhaps a tiny bit sceptical.

In fact, no, that’s not accurate.

I thought it was a straight up lie.

In fact, an hour ago, I still believed it was a lie.

And then I watched the latest episode in the WWE’s ‘30 Days of the Deadman’ series on the WWE Network, Brothers of Destruction.

And now, well, I think it might be true.

It’s Mark Calaway and (Mayor) Glenn Jacobs sat down in an empty auditorium looking back at two storied careers and how they intertwined throughout three decades.

They cover everything from ‘Kane, The Undertaker’ and Unabomb way back in Smokey Mountain Wrestling, all the way through to that Brothers of Destruction match against DX in Saudi Arabia.

And it’s when they’re discussing the back end of Undertaker’s career that we start to get the feeling that maybe he’s done.

Now, in my last article, when reviewing WWE Untold: The Phenom and The Legend Killer, I stated that it’s not the money that keeps Taker coming back, it’s just how much he loves wrestling.

And I still believe that he loves wrestling more than anything.

But there seemed to be two moments in this documentary where something felt different.

Firstly, having already chatted about ‘The Streak’ ending, about how Taker thought he was going over against Brock until just hours before the match, and how Kane thought it was the wrong decision, that they then moved on to Taker’s fairly disastrous match against Roman Reigns at Wrestlemania 33. 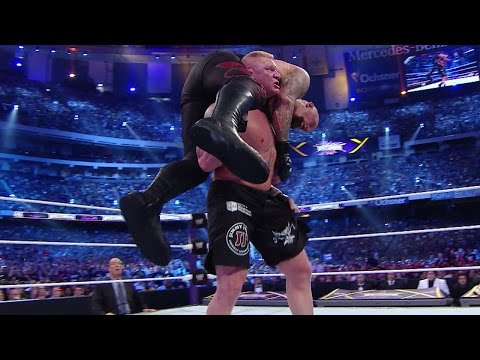 He spoke about how he shouldn’t have been in the ring that year. He was too beat up, unable to train, unable to move.

And then they move onto that match in Riyadh, where we finally saw Brothers of Destruction take on DX for the first time ever in a tag match.

Both Kane and Undertaker laugh about how easy they thought this would be, and how it was anything other.

Taker’s logic for this was sound.

Despite their age, all four had just a little bit of talent, and a whole lot of experience.

Unfortunately, all the talent and experience couldn’t save them from what happened.

Don’t get me wrong, there were extenuating circumstances.

Triple H tearing his pec within five minutes of the bell ringing obviously hampered their chances.

But you can hear it in the way Undertaker speaks about the match. It’s almost as if he’s finally realising that maybe all the talent in the world can’t stop father time from holding him back.

First, check out these incredible pics of The @undertaker & @KaneWWE.

Then, set your reminder to watch Brothers of Destruction this Sunday on @WWENetwork. #Undertaker30https://t.co/rLtiiipggV

It’s probably not a great sign for this review that I’ve waffled on about the last 10 minutes of the show for the majority of this article, but I just can’t not give the end of Taker’s incredible career the time it deserves.

And that doesn’t mean the rest of the show isn’t worth your time.

If you’re anything like me, listening to two of the best ever talk about their careers is something that is unmissable.

And their careers, their memories, and their passion for wrestling is fascinating.

We look into Kane’s… interesting start to life within the then WWF, as a mad dentist, ‘Dr. Isaac Yankem’ and about how The Undertaker’s gimmick could have been very different early in his career.

“When I interviewed with Vince, I went to the house… I remember Vince sitting there in his chair and asking me ‘Do you have any special talents?’

I didn’t, and I said, “Well y’know, I sing in the shower pretty good.”

And as soon as it left my lips, I was trying to suck it back.

Back then, if you had some kinda crazy lil thing, it’s gonna be your gimmick.”

And even once Kane became Kane, he almost became nothing more than a footnote in the annals of the WWE.

Hear the emotional story that brings tears to @KaneWWE’s eyes in this exclusive clip from #WWEUntold: That’s Gotta Be Kane, streaming now on @WWENetwork. pic.twitter.com/s6sQbLnI0E

Apparently Kane was only meant to be brought in for one PPV, to move ‘Taker onto whoever he was meant to be up against next.

But as we all know, it went way beyond that.

Paul Bearer screaming ‘HE’S ALIVE’ is one of wrestling’s most memorable moments.Kane tearing the door off of the first ever Hell in a Cell match is iconic.

The Wrestlemania 14 match in Boston, where Kane kicked out of not one, not two, but three Tombstone Piledrivers.

We got one of the best feuds in history as the two ‘brothers’ battled it in the squared circle, inside the hell, in inferno matches, and buried alive matches.

We see The Deadman become an American Badass and back again. We see Kane unmask. We see the two become tag team partners, brothers, and rivals.

“Who knows where our careers would have been had they hadn’t intersected.”

I challenge anyone to come up with a better story that has lasted that long.

“We were so instrumental in each others paths.”

And then, just to top it all off. Just to make me think twice. Just to get you to believe that maybe; just maybe, the Deadman isn’t done.

We get one more line…

You can catch Brothers of Destruction as part of the ‘30 Days of the Deadman’ on the WWE Network from Sunday 15th November.