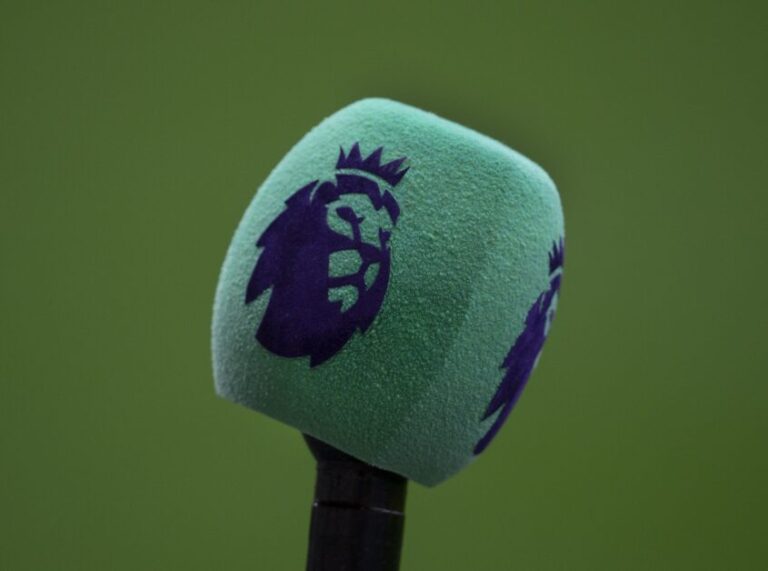 Covid-19 cases are continuing to rise in England – and football has not been immune to disruption.

The current midweek Premier League programme has been heavily affected. Three of the ten scheduled games have been postponed, including Leicester’s fixture against Tottenham on Thursday evening.

There are presently 12 postponed fixtures that need to be rescheduled.

It isn’t just the top flight that has been impacted. Three games have already gone in the Championship that were due to take place this weekend. West Brom’s fixture against Barnsley on Friday is also in doubt.

In non-league football, National League side Maidenhead United have pulled out of the FA Trophy due to positive Covid-19 cases.

Let’s take a look at how the situation is currently unfolding, including how managers have reacted, what the issues could mean for fixture congestion and who could be most affected:

How many confirmed positive cases have there been in the Premier League?

On Monday, the Premier League announced that 42 players and staff had tested positive for Covid-19 over the previous week.

Watford, Manchester United, Brentford and Leicester City have all confirmed Covid-19 outbreaks in the days since.

BBC Sport has also reported that Chelsea have had “several” positive cases this week ahead of their clash with Everton.

The Daily Mail reports that EFL clubs have asked the Football League to bring in mandatory Covid-19 testing in the Championship, League One and League Two.

How many games have been postponed this week?

At the time of writing, a total of 12 games have officially been postponed over this week across the top two divisions.

There are only five Premier League fixtures taking place this weekend. Among those postponed is Manchester United v Brighton.

Two of the weekend’s scheduled matches will also not take place in League One, as well as a further three in League Two – again at the time of writing.

What are the rules on postponements?

According to the Premier League handbook, postponements are not considered if a team can field a squad of 14 or more players.

Leicester boss Brendan Rodgers revealed yesterday that his side had their request for dispensation rejected ahead of their fixture against Tottenham. They have nine players out due to injury or Covid-related issues. The match would eventually be called off.

What have managers said about Covid-19 issues?

In recent days, Premier League managers have voiced their public concerns about the current Covid-19 situation – and whether it is possible for football to carry on at this time.

Brentford boss Thomas Frank wants this weekend’s fixture list, and the Carabao Cup games next week, to be called off.

He explained: “The Covid cases are going through the roof at all Premier League clubs. Everyone is dealing with it and everyone has a problem at this moment in time.

“To postpone this round [of games] and the Carabao Cup would give everyone a week at least to clean and do everything at the training ground so everything is fine and we break the chain at every club.”

“I think the path we’re on, I’m not sure how long we can stay on it for,” he said, as per Sky Sports.

“We all want football to continue, want life to continue as best we can but health is the most important thing. We’ve got some health issues ourselves and this week has been a little bit disturbing in terms of how quickly we’ve been affected.

“If that carries on then we’ll have to have some serious thought [about the league’s suspension].”

He explained: “At Arsenal, we are putting all the protocols in place but it is impossible to create a bubble around the training ground and stadium when the whole world is open, because it’s not just about us but all the people we have around us which makes the situation very tricky.”

How will the current crisis impact fixture congestion?

The postponements will mean that some teams will have several games to catch up later in their league season.

By the time tonight’s matches conclude, Tottenham will have three games in hand on some of their Premier League rivals. The issue here is that Antonio Conte’s side have Europa Conference League football to contend with. They are also in Carabao Cup action next week.

It again brings the debate of a possible winter break back to the surface. There was a break in the 2019/20 season, with clubs having two weeks off in February. The practice, however, was not repeated last season. There is no break planned for this campaign either.

Congestion issues may well not be felt until much later in the campaign – especially for bigger clubs. With some teams potentially battling on four fronts come March, problems could arise.

Which teams could be most affected?

As well as Tottenham, teams that have already seen their games postponed will also need to catch up later in the season.

There are further issues when you look down the footballing pyramid. Championship, League One and League Two teams have to play 46 games in a season, compared to 38 in the Premier League.

There are currently vacant spaces on either side of international breaks and weekend fixtures to fit in the rearranged games. It is, however, a concerning developing situation.

If more games continue to be postponed, there could be growing pressure on the Premier League, and English football, to act.

Potential fantasy football bargains ahead of the new season

Potential fantasy football bargains ahead of the new season