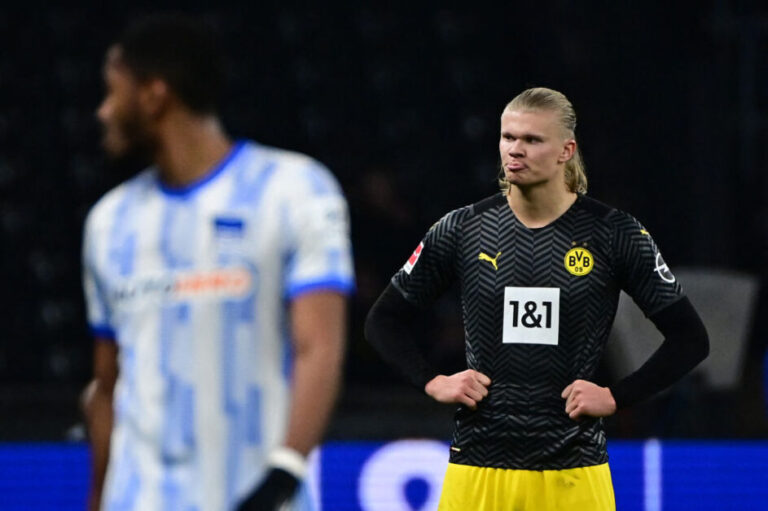 Haaland has been one of the most sought-after players in the world since he was 18. He secured his place in the European spotlight with his outstanding first few months of the 2019-20 season with Red Bull Salzburg.

The Norwegian scored 28 goals in only 22 games for Salzburg that year. Far from slowing him down, his move to Borussia Dortmund in January 2020 only made him a better player.

With Dortmund, Haaland has scored 76 goals and given out 20 assists in just 75 games. That makes him one of a handful of football players in the world to average more than one goal per game.

Erling Haaland to Real Madrid: Can they afford him?

Real Madrid are ready for a full makeover next season.

With Kylian Mbappe’s one-way ticket to Madrid safe in his pocket, Los Blancos are looking to pair the Frenchman with another young star who can replace Karim Benzema as the team’s number nine.

Benzema, who has led the team in goals scored since Cristiano Ronaldo’s departure, has just turned 34. Serbian striker Luka Jovic, for whom Real shelled out €60m three summers ago, has failed to impress as his potential successor.

After Vinicius Jr’s breakthrough season, Real Madrid have one of the most exciting young cores in European football. It’s an exciting project for Haaland.

Unfortunately for other clubs, they can afford to expand their collection of young talents even further. It has been reported that Madrid are raising €400m through creative means that could be spent next summer.

Furthermore, Los Blancos are expected to offload the mammoth contracts of Gareth Bale, Isco, and Marcelo at the end of the season.

Dortmund’s asking price for Haaland is not clear yet. There have been reports about a potential release clause of around €100m. If this was the case, Madrid would be more than able to afford him.

With Borussia Dortmund out of the Champions League, rumours about a potential January exit for Haaland have been growing in the past few weeks.

However, that is starting to look highly unlikely. Spanish journalist Josep Pedrerol has revealed that Madrid will only make a serious offer for Haaland once they ink Mbappe to his new contract. The forward is believed to fancy a new life in Madrid.

Madrid will face tough competition trying to sign Haaland. Chelsea, Bayern Munich, and even PSG are all expected to make offers for the Norwegian striker.

That being said, Haaland might have made up his mind already.

During a recent holiday in Marbella, Haaland allegedly told fans that he would play in Spain next season.