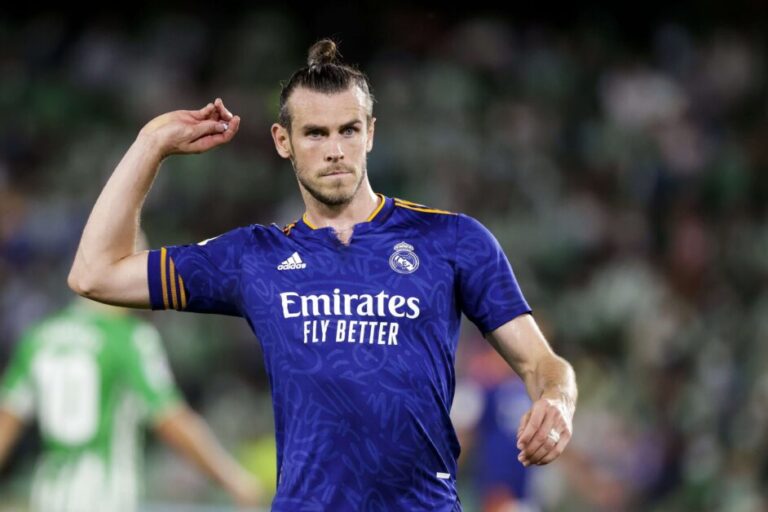 Real Madrid are looking to trim their squad size in January by attempting to finalise outgoing transfers for some of their current players.

That appears to be the plan, anyway. Spanish outlet Marca have reported that the club are willing to sell six players in January, with some big names on the shortlist.

Real may not have possessed in recent years the glorious spending power that saw them dominate the transfer market in the 2000s, but that may be about to change.

Read: The creative way that Real Madrid are raising €400m

With the club reportedly negotiating a €400m commercial contract with retail company Legends, it looks as if money could be there to spend shortly.

Every football fan knows that Real have been strong suitors of Kylian Mbappe in recent years. And although the Frenchman would join the club on a free transfer if he doesn’t extend his current deal at Paris Saint-Germain, the cost of his wages would no doubt be enormous.

Extra funds from player sales, meanwhile, would also help to bring in other star players. In the summer, Los Blancos only brought in two senior players. One of those was the free transfer of ex-Bayern Munich defender David Alaba, whilst they signed Eduardo Camavinga from Rennes on deadline day for around €30m.

Let’s take a look at the players that could make transfers away from Real Madrid in January:

More than eight years on from his world record £85 million move from Tottenham to Real Madrid, Gareth Bale looks set to move on from the Bernabeu.

It’s been a spell filled with highs and lows. The highs included Bale playing a part in three Champions League titles. In their 3-1 victory over Liverpool in the 2018 final, he scored a brace, including an insane bicycle kick.

The lows included Bale scoring just twice in the 2019/20 season before spending the next campaign on loan back at Spurs. That spell was partially a disappointment, with the Welshman mainly spending the first half of the season injured or out of the team. He did, however, score 11 Premier League goals in 20 appearances, including six in as many games at the end of the season.

That form showed that the old Gareth Bale magic remained. The appointment of Carlo Ancelotti as Real manager was supposed to herald a new beginning for the forward.

There have been glimpses of quality, but he hasn’t featured for Real since September due to injury. With his contract expiring in the summer, it seems likely that Bale will move on.

Big things were expected of Eden Hazard when he made the move to Real from Chelsea for an initial fee of £89 million in 2019.

However, things just haven’t worked out. Injuries have played a big part. The Belgian forward has suffered from a litany of ankle problems. When he has had game time, Hazard either hasn’t been able to thread a consistent run of games together or has been in poor form.

But there may be light at the end of the tunnel. Carlo Ancelotti referred to Hazard as being “back” after an impressive performance against Athletic Bilbao last week.

Marca claim that the manager does see Hazard as part of his plans but that the club are willing to listen to offers for his services. Whether the winger recaptures his form at the Bernabeu or elsewhere remains to be seen.

Current club captain Marcelo has been a Real Madrid stalwart for the last 14 years. Signed from Brazilian side Fluminense at the age of 18, he established himself as one of the world’s leading full-backs.

Marcelo has won an incredible 22 trophies with the club and has been named in the FIFPro World XI on six occasions.

However, the Brazilian has featured less prominently in the last two seasons due to the emergence of Ferland Mendy as the first-choice left-back. He has only made five appearances in all competitions this term, and the 33-year-old may decide to depart in January.

As another player who has been used sparingly by Carlo Ancelotti this season, Isco could be on his way out of Real Madrid as one of their outgoing transfers in January.

The 29-year-old playmaker hasn’t been an automatic starter, and has scored just once in seven La Liga appearances this season, with no assists.

At his absolute best, Isco is one of the best players in the world in his position. Like many top Spanish midfielders, the former Malaga man is a superb dribbler, can play insane passes. He also has an eye for goal, with a seasonal high of 10 goals for Real during the 2016/17 season.

Like Bale, Isco’s contract expires next summer. Real could look to sell now or in the following transfer window, but there will surely be keen interest from plenty of clubs.