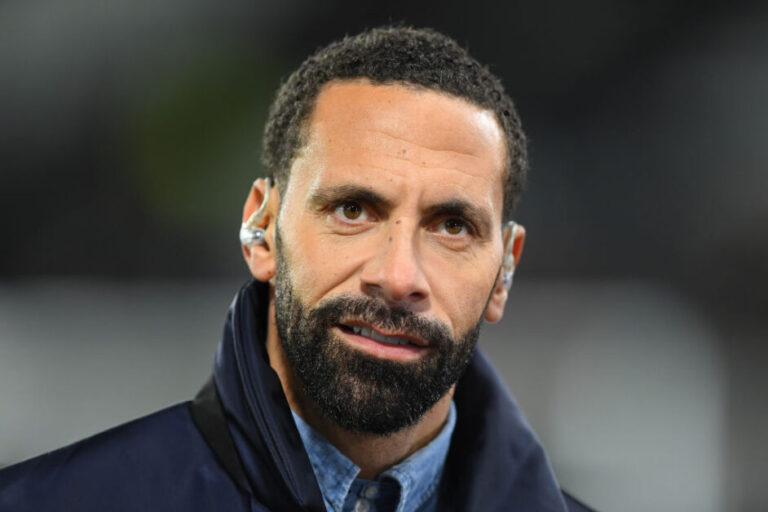 Rio Ferdinand has given Wayne Rooney some key advice ahead of a potential managerial move to Everton.

The Merseyside club sacked Rafael Benitez on January 16, following a torrid start to the season. Fans of the Toffees started the campaign with the hope of securing a place in Europe. But instead, they’ve found themselves in 16th place, fighting for survival.

Goodison Park legend Duncan Ferguson has stepped up to take on the role of caretaker manager. This has delighted fans, but their primary attention has shifted to who will take over permanently.

Belgium manager Roberto Martinez is the club’s first choice. However, the Belgian FA blocked their initial approach, and it remains to be seen whether they will go back in for a second attempt.

Therefore, Everton have had to look at other options. They have interviewed Frank Lampard, who’s desperate for another big opportunity after leaving Chelsea. In addition, The Toffees have also spoken to 2006 World Cup winner Fabio Cannavaro.

But there’s another man potentially available who could excite the fans.

The return of a legend?

Wayne Rooney made his name at Everton Football Club. The English icon developed through the club’s youth system before setting the world alight in the Premier League. At just 16 years of age, he burst onto the scene and stunned the world with his sublime skills and eye for goal. He hit the back of the net 15 times in 67 appearances before joining Manchester United in 2004.

Read: Wayne Rooney insists he was forced out of Everton and wrote transfer request on a napkin

However, he returned in 2017 and found the net a further 10 times to give the Goodison Park faithful a bit of nostalgia.

The 36-year-old was an all-time great on the pitch. But he’s proved to have just as much talent in the dressing room. He has had to deal with many issues since taking on the managerial role at Derby County.

The Rams have been deducted 21 points due to financial problems and have been in administration for four months. They are currently under a transfer embargo.

At the beginning of the season, it seemed almost inevitable that Derby would be heading to League One. But in a remarkable turn of events, Rooney has helped give them a chance of survival. They sit just eight points away from safety. Without the points deductions, Derby would be 12th in the Championship.

Should Rooney be successful in his mission, he will have completed one of the most incredible escapes in football history. But his former teammate doesn’t think he should wait around to find out.

The legendary centre-back understands why Rooney would like to finish off the fairytale at Derby. However, he’s more than aware of how the sport works. He fears that should his ex-Old Trafford pal reject the Goodison Park position, he may never get another chance.

In a recent video for his YouTube channel, ‘Vibe with FIVE‘, he said: “If he goes to Everton, he’ll think, ‘I wish I would’ve completed the job with Derby’.

“But football doesn’t work like that. It’s a very cutthroat and quick game. Everything changes. The landscape changes very quickly. What if Derby go down and the opportunity to go to Everton never comes around again?

“How many jobs have gone since [Frank] Lampard lost the Chelsea job, and he hasn’t got them? Your name can be up in lights one day and down in the dumps very quickly.”

Read: Rio Ferdinand names his FIFA 22 Team of the Year

Rooney is blessed with two tremendous opportunities. He could attempt to solidify his managerial legacy with one of the greatest comebacks in sporting history. Or he may choose to join his boyhood club and give back to the side that has adored him since he was a teenager. Either way, it’s a win-win for the former striker.

Wayne Rooney apologises after leaked images of his night out

Ravel Morrison training with Derby ahead of Man United clash