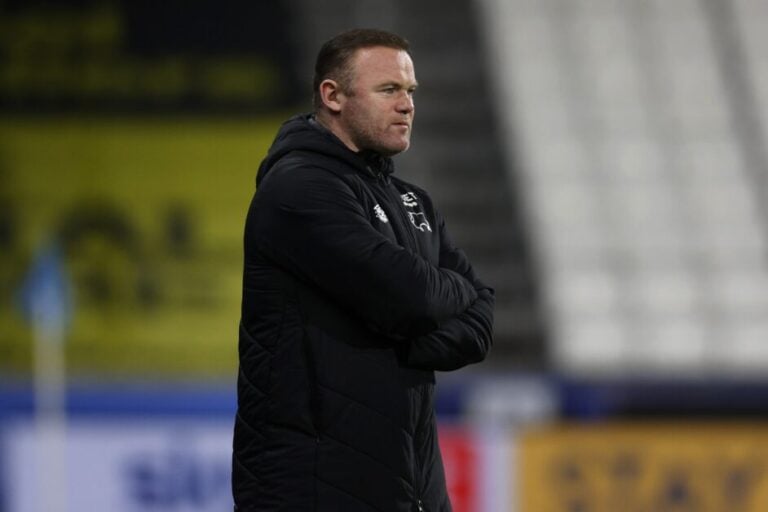 Wayne Rooney has admitted that he had to battle binge drinking during his playing days at Manchester United.

England’s record goalscorer is one of the greatest players of the modern era. He scored 253 goals for United, making him their all-time leading goalscorer. The forward is also second on the all-time Premier League list, with 183 goals.

He lit up Old Trafford with his performances. An all-action forward who was physically strong, able to perform a range of passes and had an incredible eye for goal, Rooney won 16 trophies during his time at the club.

The England international burst on to the scene at just 16. He became the top division’s youngest scorer when he blasted in a goal against Arsenal, five days before his 17th birthday.

Rooney was thrust into the public spotlight and positioned as the golden boy of English football. At the age of 18, he played in his first major international tournament at Euro 2004.

He scored four goals during the tournament – only Czech Republic’s Milan Baros netted more. That summer, he moved to Manchester United for a fee of just under £30 million. Wayne Rooney was the most expensive teenager in history. The accolades – and the goals – just kept on coming.

However, as the former Red Devils forward has revealed in an interview with The Times ahead of the launch of his new Amazon Prime documentary, ‘Rooney’, not everything was positive at the time.

Rooney was revered around the country as one of United’s main hopes, one of England’s main hopes. The pressure on the young forward was taking its toll. When he injured his metatarsal before the 2006 World Cup, the entire country was on tenterhooks, waiting to see whether their star man would recover in time.

He explained: “There were times you’d get a couple of days off from football and I would actually lock myself away and just drink, to try and take all that away from my mind.

“People might know I liked a drink at times or went out, but there was a lot more to it than just that. It was what was going on in my head.

“[The drinking was] like a binge, but normally that’s with a group of lads – this was a self-binge, basically, which helps you forget things but when you come out of it, you are going back to work and it is still there, so it was doing more damage than good.”

He added: “It was just a build-up of everything, pressure of playing for your country, playing for Manchester United, the pressure of some of the stuff that came out about my personal life, just trying to deal with all that pressure which builds up.

“Growing up on a council estate, you would never actually go and speak to anyone. You would always find a way to deal with it yourself. It was trying to cope with it rather than asking for help.”

The interview also adds that things changed when his first son, Kai, was born in 2009, and Rooney went on to say: “I take responsibility. When something happened, it always involved drink. It’s never when I am sober. That’s what I had to figure out, the places I go and the things I do.

“My relationship with drink now is fine. No problems. I still have a drink now and then. Not like I used to. It’s well in control. It was never at a stage where I thought I was an alcoholic.”