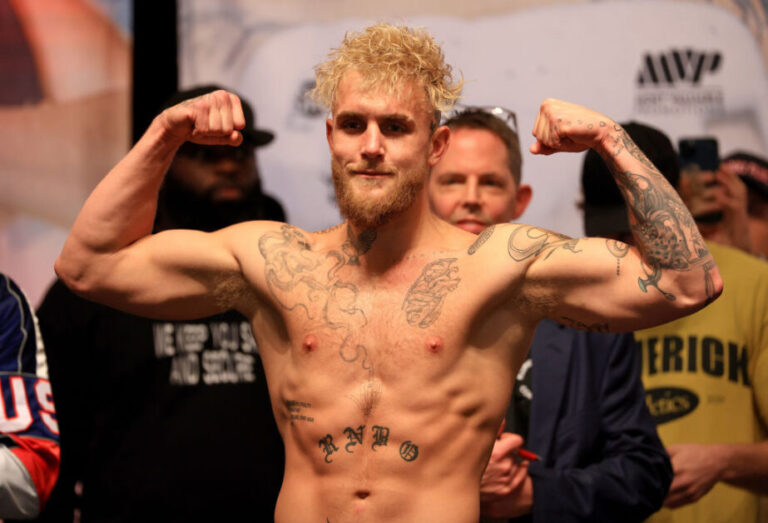 Khabib Nurmagomedov is one of the greatest fighters who has ever lived, but working with Jake Paul could still benefit him.

Paul is less than 24 hours away from his highly anticipated rematch with Tyron Woodley in Tampa, Florida. But he’s already hinting at his next ambition outside of the squared circle.

Read: Tyron Woodley explains why he didn’t go in for the kill in his first fight with Jake Paul

The YouTube sensation has become one of the biggest stars in boxing. His controversial nature has made him a divisive figure, which has played right into his hands.

The more people who want to see him lose, the bigger his PPV numbers are. But following his next boxing match with ‘The Chosen One’, Paul may seek a new challenge.

He has made millions from the sweet science. But during his media scrum, the 24-year-old explained that he’d like to apply his wrestling credentials to a fight in the cage.

Read: Jake Paul net worth: How much money has the divisive YouTuber earned in boxing?

According to ESPN, Paul and Mendez, who works as a coach at the American Kickboxing Academy, have divulged in early conversations about working together in the future. However, it is unlikely that he’ll make the switch until he’s secured 10 wins within the boxing realm.

Why would Khabib want to train with Paul?

The Russian legend is one of the greatest fighters who has ever lived. And he owes part of that success to Mendez’s gym. He honed his craft in the Californian martial arts sanctuary. Post-retirement, he’s moved on to a new venture.

The Dagestani native has started a new promotional outfit named Eagle FC, and he needs a big-name fighter to get show up and running. Therefore, Khabib may view Paul as the ideal candidate for this role.

The ex-Disney star has developed an unharmonious relationship with Dana White. Therefore, it is unlikely that we’ll see him agree on a deal with the company. In addition, despite his wrestling background, he would be unlikely to survive with the standard of athlete in the promotion. But at Eagle FC, he would be the star of the show and matched far easier.

We don’t know whether the boxer is just trying to create headlines or not. But what we do know is that if Paul and Khabib could work together, then it would be very beneficial for them both.