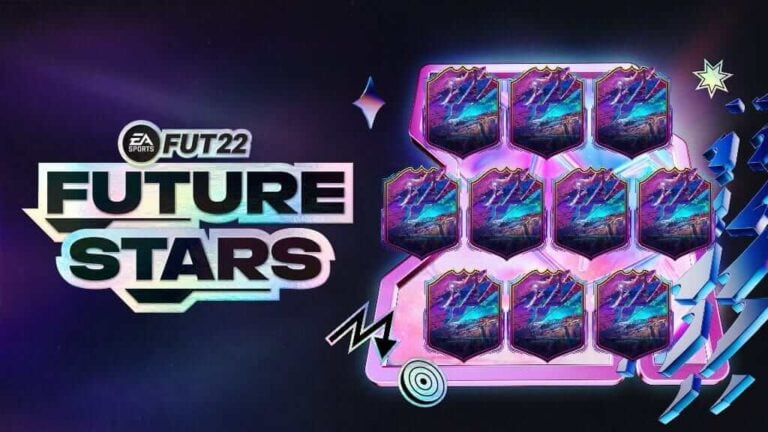 Future Stars is one of the most hotly-anticipated promos each year in the FIFA game series. Fans now have a chance to collect swaps tokens in what is a new addition for FIFA 22.

Long-time FIFA gamers will be very familiar with the Icon Swaps promo. It involves players unlocking tokens by completing objectives, which they can then exchange for players and packs.

Read: FIFA 22 Icon Swaps: How to unlock a FUT Icon

EA Sports have experimented with this concept during numerous promos on FIFA 22. In December, the company introduced Winter Wildcards tokens. 25 tokens were up for grabs in all, which could be swapped for player packs and special cards.

The company has now announced a Future Stars Swaps programme for FIFA 22. Here’s everything you need to know?

What is the Future Stars promo?

The Future Stars promo is where the top young players from across the world of football are given big boosts to their card stats in Ultimate Team. The stats will reflect the potential rating that they could achieve later on in their career.

The popular Future Stars Academy also made its return. Gamers had to complete a series of objectives centred around one player in order to unlock different versions of the player’s card, which increased in rating every time.

What are FIFA 22 Future Stars Swaps?

Future Stars Swaps on FIFA 22 will allow players to unlock special tokens based on completing a series of objectives and Squad Building Challenges. A token will also be available in packs and via the Squad Battles mode.

In a statement on their official website, EA announced that up to 28 tokens are up for grabs during the campaign.

Tokens can be unlocked from January 30. The promo begins on February 11 at 6pm, and runs until February 25 at 6pm.

What rewards are available in FIFA 22 Future Stars Swaps?

As per EA’s official website, the potential rewards on offer for unlocking Future Stars Swaps tokens are as follows: