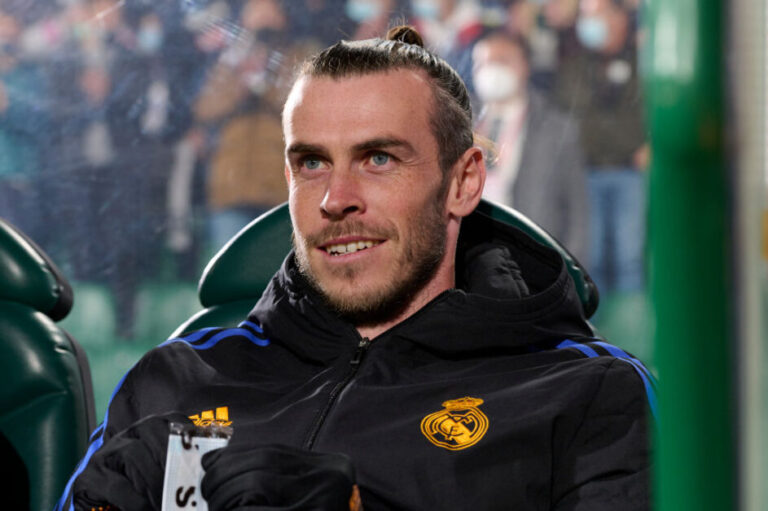 Gareth Bale was spotted laughing at Eden Hazard as his teammate was sent back to the bench during a game.

Neither man has excelled at the Bernabéu in recent times. Hazard has suffered horrifically with injuries. However, he has also suffered from poor form. The Belgian has only bagged one goal in his 15 appearances this season. These numbers are worlds apart from his glory days at Chelsea, where he scored 85 goals in 245 games across a seven-year spell.

Things haven’t been ideal for Bale either. After a fall from grace, the Welshman reportedly wanted to leave the club in 2019, according to Guillem Balague.

His wish, however, was not granted. But despite remaining at the club for the rest of the 2019/20 season, he did seal a loan move to Tottenham Hotspur the following summer. After a slow start, he netted six goals in his final seven league appearances.

Bale is now back in Madrid and is looking to get back into the Real starting XI once again after another injury-disrupted campaign to this point.

Real Madrid collided with Athletic Bilbao in a crunch Copa del Rey quarter-final match-up on February 3. However, Carlo Ancelotti didn’t view either Bale or Hazard as deserving of starting the fixture.

The Italian boss elected to choose Vinicius Junior and Rodrygo to start the game instead of Hazard. But as the game drifted into the second half, neither side had broken the deadlock.

Hazard began warming up on the sidelines, believing that he was the man to enter the match and open the scoring. But this wasn’t the case. His bubble was quickly burst as he was sent back to the bench.

However, one of his teammates had little sympathy for his predicament. The camera cut to Bale, who could be seen laughing hysterically as Hazard walked back towards the bench.

He should perhaps have offered the Belgian a metaphorical shoulder to cry on, but that wasn’t forthcoming.

Following this, Hazard slumped down on his seat and watched from the sidelines as Bilbao grabbed a late winner to eliminate Real from the competition.

The Belgian’s desire to play still burns bright. But he’s potentially fallen too far down the mountain at the Bernabeu to climb back up. Perhaps his best move would be to look for another club. At 31 years of age, his time at the top surely isn’t over just yet.