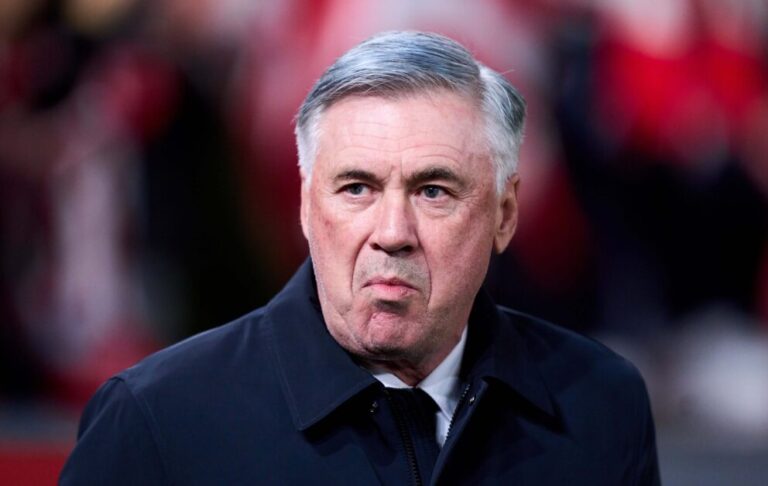 Carlo Ancelotti has hit back at his critics after Real Madrid were knocked out of the Copa del Rey at the hands of Athletic Bilbao on Thursday.

Real were dumped out of the competition at the quarter-final stage by an 87th-minute strike from Alex Berenguer.

Ancelotti’s side managed to register just two shots on target in the entire game. It was a surprise defeat for Real, who haven’t won the Copa del Rey for eight years.

Why did Carlo Ancelotti receive criticism?

Fans and the Spanish press were critical after the game because of the manager’s use of two players in particular. Gareth Bale and Eden Hazard started on the bench and were not brought on.

Read: Gareth Bale mocks Eden Hazard as he returns to the bench during game

Instead, Ancelotti elected to play Rodrygo and Vinicius Junior. Vinicius had played 60 minutes of a World Cup qualifier in Brazil against Paraguay just a day earlier.

According to Marca, the Italian’s relationship with Hazard is becoming “increasingly distant”. The same report states that the Belgian had trained for 10 days without physical problems before the game. However, he was still not selected.

Bale, meanwhile, has been named on the bench for the last three fixtures after recovering from injury. He has not featured in a competitive fixture since November 13. On that occasion, he played 45 minutes during Wales’s World Cup qualifier against Belarus.

One journalist even asked Ancelotti if Bale and Hazard were being “punished” by not being selected. The manager rubbished the claims and gave an angry response.

What has Carlo Ancelotti said about Real Madrid criticism?

Being the manager of Real Madrid is one of the most challenging and most pressurised jobs in world football. Real and Barcelona are perhaps the two most prominent institutions in the entire country of Spain, and therefore the focus is constantly on both sides from all angles.

Ancelotti knows all about this, having enjoyed a previous spell as Real manager between 2013 and 2015. He also has plenty of credit in the bank. The 62-year-old was the one to finally deliver ‘La Decima’ – the club’s 10th Champions League title – in 2014.

He also knows that the peaks unquestionably come with the troughs. And despite Real’s stuttering form of late, Ancelotti has given a clear message to the critics.

He explained (quotes via Mundo Deportivo): “They [the critics] don’t hurt me. I’m used to it. Criticism confirms that I am the manager of Real Madrid.

“I’m the one who makes the decisions, and sometimes I’m right, and other times I’m wrong. It’s nothing new.

“My enthusiasm for being the manager of Real Madrid. Criticism is welcome. They keep me awake, alive, and I appreciate them. Thank you very much.”