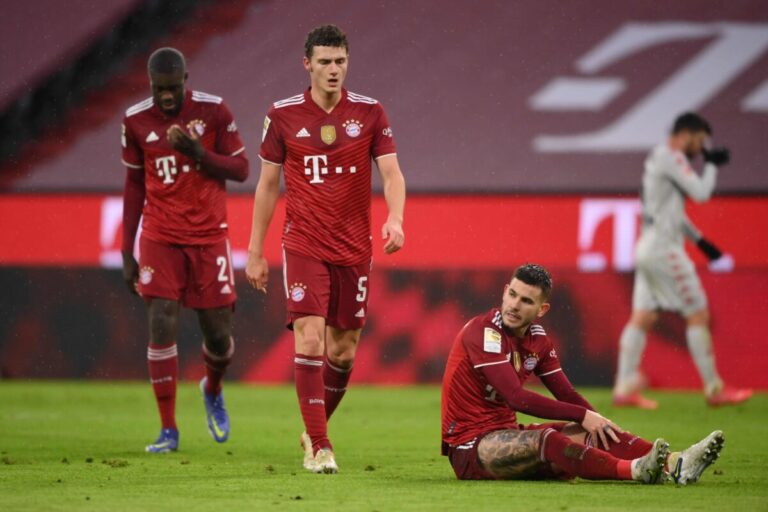 German giants Bayern Munich are one of the biggest clubs in world football, and are one of the most powerful forces when it comes to the transfer market.

The club has spent big on transfers in recent years. Bayern signed French World Cup-winning pair Lucas Hernandez and Benjamin Pavard for a combined fee of over £100 million in 2019. And a year later, Leroy Sane joined from Manchester City for a reported fee of £44.7 million plus add-ons.

Dayot Upamecano is the most recent big-money signing. He moved from RB Leipzig for a reported fee of £37 million last summer.

Generally speaking, Bayern have followed a policy whereby they sign one major player per season in recent years.

Typically, the club targets younger players who they can then develop and turn into world-class superstars. Out of the current squad, the likes of Manuel Neuer (35) and Robert Lewandowski (33) were signed in their early to mid-20s, and have become world superstars.

Bayern generally do not sell their top players unless they receive an incredible offer, or the player isn’t getting game time. However, according to German outlet Kicker (as per Transfermarkt), that is set to change.

As per the above report, Bayern Munich are set to follow a new transfer strategy. The Bundesliga champions will target a younger age group of player, and focus on developing their own talents.

In the cases of Pavard, Hernandez and Sane, all three players were aged 23 or over when they signed for Bayern. However, the club will now target players between 20 and 22. They will then look to develop these players, before selling them on by including high release clauses in their contracts.

One young talent that the German club have been linked with is 19-year-old Ajax midfielder Ryan Gravenberch.

Young centre-back Nico Schlotterbeck, 22, has also been rumoured to be of interest to the hierarchy. That position has become a necessity to fill after it was confirmed that Niklas Sule will be joining Borussia Dortmund.

It also claimed that Bayern want a ‘partner club’ in order to loan players out. The reason behind this is so that, instead of playing at a lower level for the club’s second team, young stars can instead experience professional football at a more challenging level.

Why are Bayern Munich reverting to player transfer sales?

The key reason, as ever, is money. Like all clubs across the world, Bayern Munich have been heavily affected by the Covid-19 pandemic.

The German giants lost money when it came to turnover and profit, as per their financial results for the year of 2020/21. In total, the club lost up to €155 million in revenue compared to the previous year. However, club CFO Jan-Christian Dreesen called the results “remarkable”.

He explained: “We have had a decline in turnover, but we earned money in both years. That is a remarkable achievement. The result is black, that is an achievement without equal.

“Sensible management and not spending more than we earn has contributed to the fact that we were still able to record a small profit.”

In turn, Bayern have been unable to compete at the top end when it comes to salaries for incoming transfers. This has influenced the change in approach, and means we should see a different type of Bayern Munich in the years to come.