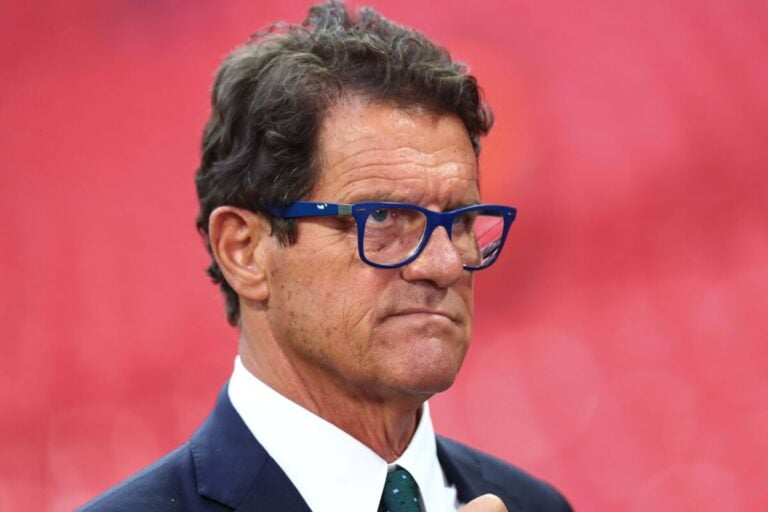 Former AC Milan and England manager Fabio Capello has given his theory behind why Romelu Lukaku is struggling for form at Chelsea.

The Blues signed Lukaku for a club-record fee of £97.5 million last summer to bring him back to England from Inter Milan.

The Belgian left Manchester United to join the current Serie A champions in 2019. He had fallen out of favour under Ole Gunnar Solskjaer, and the move was seen as a necessary one to revitalise his career.

It did precisely that. Under the management of Antonio Conte, Lukaku formed a destructive strike partnership with Lautaro Martinez. Inter won their first Scudetto in 11 years last season. Lukaku struck 24 goals; Martinez hit 17.

Read: Why Inter Milan are preparing for Lautaro Martinez exit amid Arsenal interest

After his move to Chelsea, things started brightly for Lukaku. He played a dominant display on his club debut against Arsenal before netting twice against Aston Villa at Stamford Bridge.

Since then, however, he has scored just two goals in 14 appearances in the Premier League. Against Crystal Palace on Saturday, he recorded just seven ball touches over the 90 minutes.

Lukaku was then dropped to the bench for Chelsea’s 2-0 win over Lille in the Champions League on Tuesday. Blues boss Thomas Tuchel claimed he was “a little exhausted“.

One of the main points of note about Lukaku is the drop-off in form compared to his days at Inter Milan.

In Italy, the Belgian was one of the best players in the country. He routinely dominated defenders, linked up well with teammates and scored a range of impressive goals. The aforementioned partnership with Martinez was a big reason why Inter won Serie A last season.

One man who knows all about what it takes to succeed in Italy is Fabio Capello. He won Serie A with three different clubs as a manager. In Europe, the 75-year-old won the Champions League with Milan in 1993/94. And there was the five-year spell in charge of England between 2007 and 2012.

Fabio Capello has given a theory behind why Romelu Lukaku is struggling for form at Chelsea – and how the team’s style differs from that of Inter.

He told Sky Sport Italia (as per Football Italia): “Lukaku fit perfectly into Conte’s counter-attacking style at Inter because there were lots of spaces. He had this physical strength and pace that allowed him to flatten the defenders in Serie A.

“However, Chelsea play this very different type of football with lots of short passes and Lukaku doesn’t have the same spaces to move in.

“He also finds that, in England, the defenders have a similar physicality to him and hold out more. Lukaku had this power and space to run at defenders and turn the game around.”

Lukaku and Chelsea will hope that the striker’s goalscoring form returns on Saturday when the Blues take on Liverpool in the Carabao Cup Final.