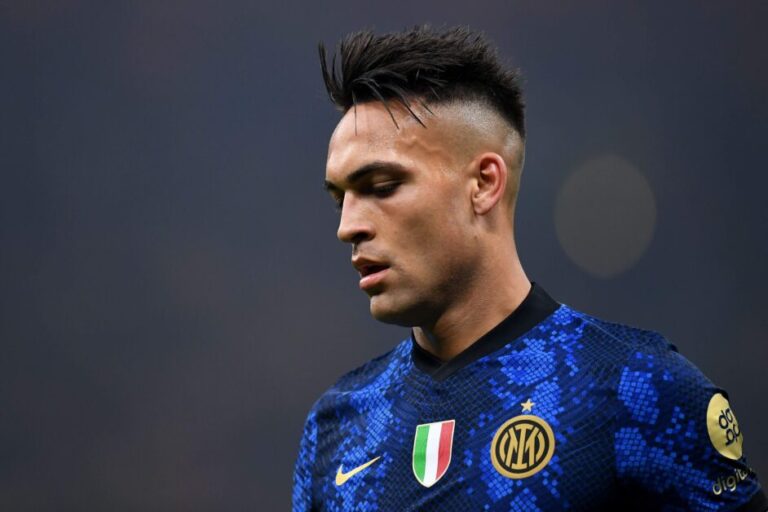 Inter Milan are reportedly planning to sell Lautaro Martinez this summer in a decision that would catch the eyes of Europe’s top clubs.

The Argentinian is into his fourth season as an Inter Milan player. He has scored 48 goals in 112 Serie A appearances. Martinez has 11 league goals to his name so far this term.

His form has alerted the giants of world football. The 24-year-old revealed to ESPN Argentina that he was close to a move to Barcelona in 2020. However, financial problems scuppered any chance of a deal.

Martinez was also heavily linked to Arsenal last summer. Football Insider reported that the Gunners placed a bid of £30 million and Hector Bellerin to try and seal the deal. However, Inter wanted £75 million for their star marksman.

The Gunners are facing a striker shortage this summer. Pierre-Emerick Aubameyang has already left the club to join Barcelona. Alexandre Lacazette and Eddie Nketiah, meanwhile, are both out of contract. There is no indication yet that either player will sign a new deal.

In January, Mikel Arteta‘s side launched a pursuit of Fiorentina striker Dusan Vlahovic. However, the Serbian chose to join Juventus for a reported fee of £66.6 million.

But the Martinez story hasn’t entirely gone away. According to Calciomercato, the striker is on the club’s shortlist. New reports from Italy will give the Gunners renowned hope.

According to Gazzetta dello Sport (as per Football Italia), Inter Milan are considering the sale of Lautaro Martinez if they receive an “adequate” offer this summer.

The main reason given is Martinez’s failure to find the back of the net in the Champions League. He hasn’t scored a single goal in the competition in his seven appearances this season. The 24-year-old only netted once last term in six continental appearances.

During Inter’s 2-0 defeat to Liverpool on Tuesday, Martinez struggled to deal with Virgil van Dijk. The Dutchman produced a typically excellent display at the heart of the Reds defence.

According to the same report, Inter Milan are looking at out-of-contract Juventus star Paulo Dybala and Lille forward Jonathan David as replacements for Martinez if he is to leave the club. A failure to adapt to playing alongside new strike partner Edin Dzeko is also cited as a reason behind a possible sale.

Will Arsenal pay the transfer fee for Lautaro Martinez?

Whether Inter are willing to reduce their previous £75 million valuation for the striker – and whether Arsenal are willing to pay it – remains to be seen.

However, we have seen Arsenal pay significant release clauses for critical players in the recent past. On the last day of the summer transfer window in 2020, the Gunners triggered Thomas Partey’s £45 million release clause to sign him from Atletico Madrid.

Arteta declared earlier in February that it is “obvious” Arsenal must do business in the summer. That is because they failed to sign a senior player in January. Martinez could well be their next signing.