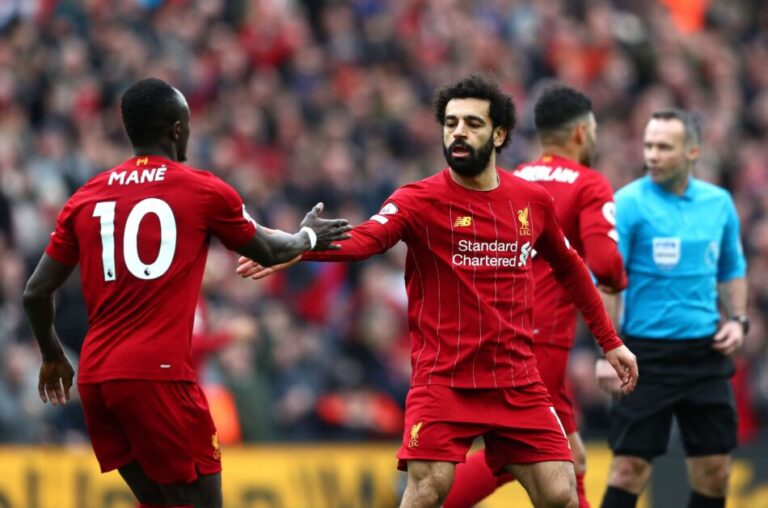 The Africa Cup of Nations is almost upon us, with the next edition beginning on January 9, 2022.

It was due to be played at the beginning of 2021 but was moved due to the Covid-19 pandemic. The tournament still has 2021 in its title for sponsorship reasons.

It is a showcase of African football’s finest talents – and is one of the most exciting tournaments in the world. That is because each of the last six editions has seen a different winner.

Due to its scheduling, AFCON used to provide domestic clubs around the world with a few headaches. The tournament traditionally took place in January, during the football season.

The tournament format was changed back in 2019, and the last edition was held during the summer months. But this year’s edition will once again be played during the early months of the year.

Let’s take a look at which Premier League players are set to miss games between January and February:

Premier League leaders Manchester City are currently due to be without Riyad Mahrez for the tournament duration. The Algeria captain will be looking to lead his country to a second consecutive Africa Cup of Nations title.

Liverpool are one of the sides that will be most affected by this edition of the Africa Cup of Nations. They will be without influential forward duo Mohamed Salah and Sadio Mane, whilst midfielder Naby Keita has been called up by Guinea.

However, all three players have been permitted to remain with Jurgen Klopp’s side for their blockbuster clash against Chelsea on January 2. The tournament starts precisely a week later.

Chelsea will be without goalkeeper Edouard Mendy for the next month. Senegal called up the shot-stopper, which will end a run of 17 consecutive Premier League starts for Thomas Tuchel‘s side. However, he will be able to play in Chelsea’s game against Liverpool on January 2.

Arsenal are set to be without four players during the 2021 Africa Cup of Nations. Pierre-Emerick Aubameyang will captain Gabon at the tournament. The 32-year-old has been absent for each of Arsenal‘s last five games after being stripped of the club captaincy by Mikel Arteta.

Nicolas Pepe and Mohamed Elneny have been called up by Ivory Coast and Egypt respectively, whilst Ghana have picked Thomas Partey.

All four players will be available for the Gunners’ massive clash against Manchester City on New Year’s Day. They will then report for international duty.

The 26-year-old will be available for the Hammers’ fixture away at Crystal Palace on New Year’s Day.

Manchester United will also have to do without only one player over the next month due to international commitments. Eric Bailly has made just six appearances in all competitions at domestic level this season but is a regular for Ivory Coast.

He had already left for the tournament but has been recalled by United, with the side in the midst of a defensive crisis.

Bruno Lage’s Wolves will be forced to make changes in the centre-back department during the Africa Cup of Nations. Roman Saiss has started each of his side’s 18 Premier League games this season but will depart Molineux temporarily after their clash with Manchester United on January 3.

Fellow central defender Willy Boly will also be playing in the Africa Cup of Nations. The Ivory Coast defender has only made one appearance in all competitions for Wolves this term, featuring in their Carabao Cup third-round defeat to Tottenham in September.

Brendan Rodgers will have to do without influential pair Wilfred Ndidi and Kelechi Iheanacho throughout much of January and the early part of February.

Both players have been vital to Leicester’s fortunes over recent years. Iheanacho netted 12 Premier League goals last season, whilst on Boxing Day, he set up two assists and scored during his side’s 6-3 defeat to Manchester City.

The Foxes will also be without Nampalys Mendy, who has been called up to the Senegal squad and Ghana’s Daniel Amartey. Furthermore, Zimbabwe forward Admiral Muskwe has also been called up for international duty, but he is currently on loan at Luton Town.

Crystal Palace are one of the sides that will be the most heavily depleted during the Africa Cup of Nations.

Steven Gerrard will not be able to call upon the services of winger Bertrand Traore during the Africa Cup of Nations. The Burkina Faso international has missed much of the season through injury but did return after nearly three months out with a 13-minute cameo against Chelsea on Boxing Day.

Trezeguet will also be on international duty. He is yet to appear for Villa this season after suffering a severe knee injury in April, but he has been named in the Egypt squad for the tournament.

Southampton are due to be without Moussa Djenepo. The winger has made 22 appearances for the Mali national team. He is expected to be named in their final squad for the tournament.

Brentford will be without summer signing Frank Onyeka during the Africa Cup of Nations. The 23-year-old midfielder has made 15 Premier League appearances this season.

During the tournament, Rafael Benitez’s Everton will also be without one senior player. Alex Iwobi has been called up by Nigeria.

The winger has scored one goal and provided one assist in 13 league appearances for the Toffees this season.

Watford were to be the Premier League side most affected by the Africa Cup of Nations.

Five of their players were supposed to attend, including Emmanuel Dennis, their top scorer this term with eight Premier League goals. Ismaila Sarr, meanwhile, has five.

However, Nigeria claimed that Watford ‘bared their teeth’ about Dennis’ involvement, and the forward subsequently withdrew from the squad.

Senegal, meanwhile, claimed that the Premier League side had refused to release Sarr last week, but they have since allowed him to play in the tournament.

William Troost-Ekong has played 16 games this season. No other Hornets player has appeared more times. Adam Masina is first-choice at left-back but has missed game time through injury this term.

With Claudio Ranieri already facing a big task to ensure that Watford avoid the drop, things are about to get even more challenging.

Maxwel Cornet has been one of Burnley’s top performers this season, with five goals from nine Premier League games. The Ivory Coast international missed his side’s last game through injury. He could, however, play in their fixture against Leeds on January 2 before then leaving for the Africa Cup of Nations.